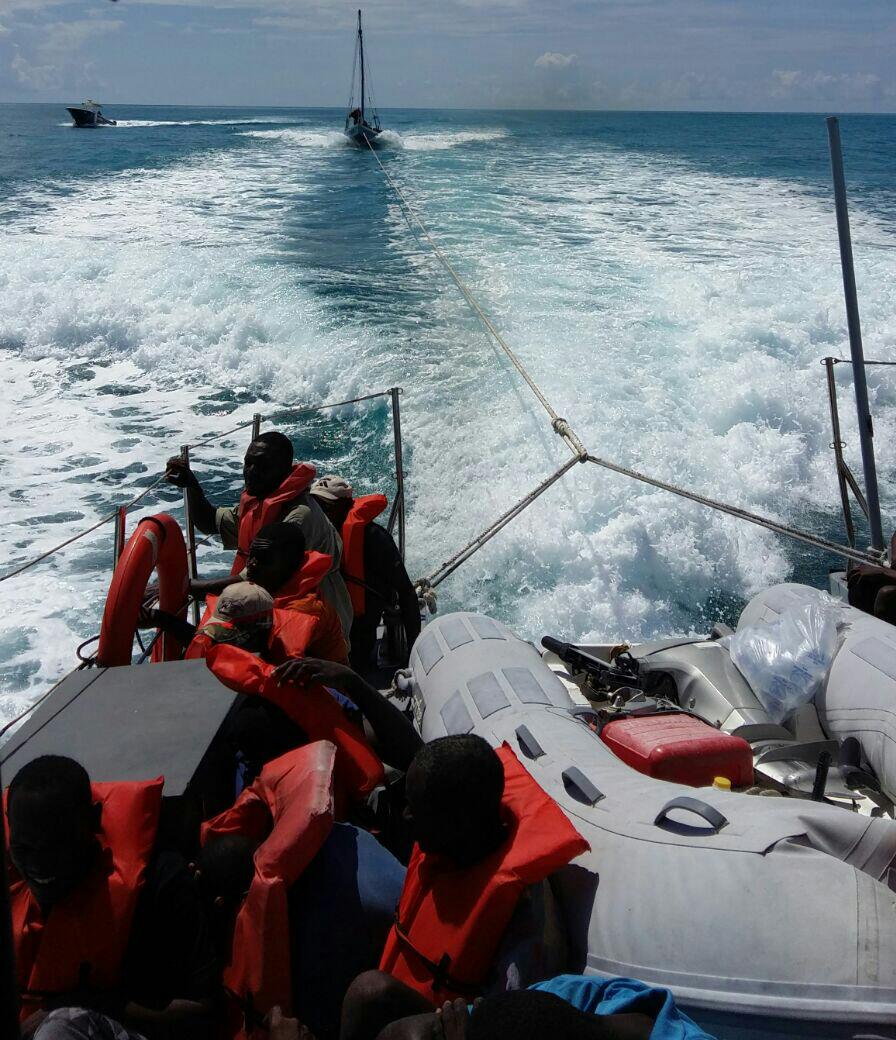 Providenciales, 21 Sept 2015 – Nearly 50 illegal migrants were captured by law enforcers on Sunday afternoon trying to steal their way into the Turks and Caicos Islands.

The group of Haitians were intercepted by the Marine Branch on board a sloop near West Caicos.

The migrants were brought to the South Dock and later transported to the Detention Center for processing.

It was said there was one woman in the group.