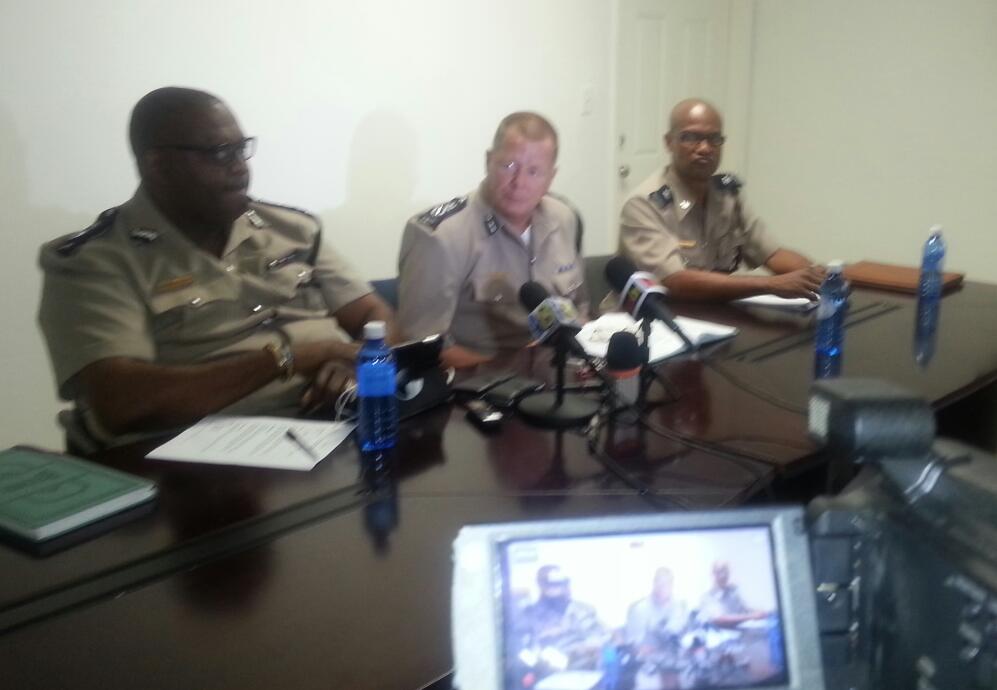 Providenciales, 30 Jun 2015 – In two weeks a new unit within the TCI Police will be up and running and it is forecast to greatly enhance efficiency and improve Police tactics according to Police Commissioner James Smith. The unit is to be called the Specialist Operations Command.

“It will be the responsibility of this Command to manage our air, maritime and tactical teams to ensure that we maximize our deployment and it will be driven by intelligence from officers and communities and it will capture prolific and vibrant offenders. The officer in charge will make use of the best available tactics, supported by appropriate training and accreditation for UK overseas territories standards; I anticipate that this Command will be functional within two weeks.”

Smith had an anticipated date today with the media core and spent quality time sharing that he and senior officers have now met with the Premier, the Opposition Leader and Cabinet about issues in dealing with crime, equipment and human resources.

A change in deployment of officers, the closure of some of the lesser used and more unsuitable police stations around the country and recent investment in training are all tailored to deal with the nine crimes per day on average in the Turks and Caicos.

Deputy Commissioner Rodney Adams confirmed that crime is up slightly; by 6% for the first five months of 2015 and that means 75 more crimes have been committed. These 2015 crimes are also of a more heinous nature.
We were given update that it will still be as much as 10 to 14 more days before the Florida forensics lab is able to release information on the remains found in Grand Turk; no one is being held or questioned as a suspect in that investigation.

Media learned that the suspect husband who allegedly set his wife on fire in Dock Yard in late May is still at large and is still believed to be in Provo.

The ScotiaBank security officer shooting case from May 2015 is preparing to go to court and no one is being held for the murder of 24 year old Robert Martinez, which happened on Father’s Day on Bible Street in Blue Hills. When challenged on the lack of information sometimes getting to the general public, Commissioner Smith aimed to quell feelings that they are an uncaring Force and admitted they are working on a better public relations approach.

“Sometimes when we are dealing with a crime scene, we find photographers trying to get into the heart of the crime scene which may still have images that we might not wish to be broadcast for a whole variety of reason…. What I am saying here Deandrea, is I am not sure what the breakdown is and why information is not getting enough information because if we don’t give you the right information at the right time you will probably go and find it by means that is not reliable… we will look at how we can better manage the flow of information.”