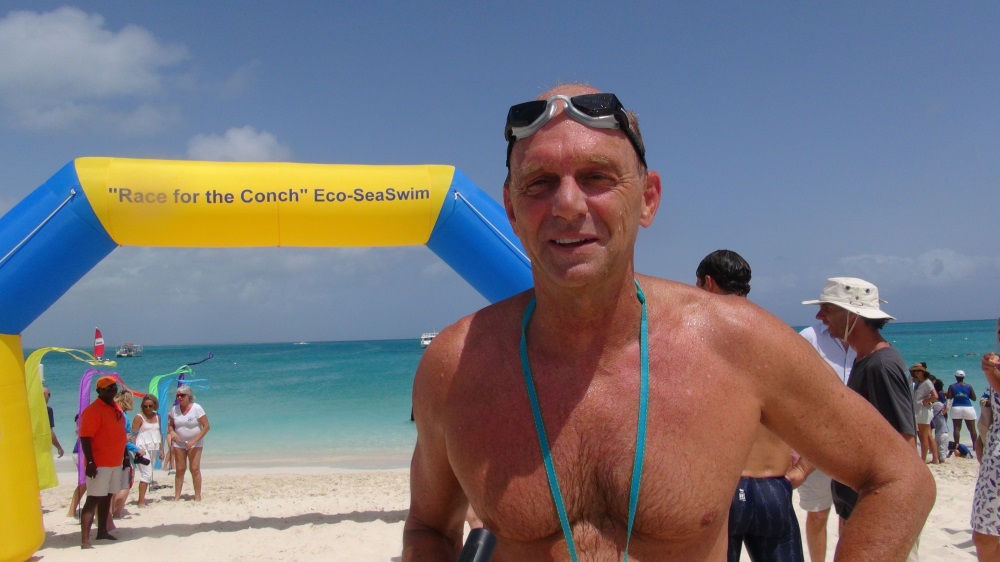 Providenciales, 06 Jul 2015 – An uncommon swim is how most of the visiting participants in this year’s Race for the Conch Eco Sea Swim described their experience in the waters of the World’s #1 beach. Over 200 swimmers were signed up including Rowdy Gaines, American three time Olympic gold medalist who after the swim race talked about picking up a starfish, playing with a stingray and spotting fish in the course of the crystal clear turquoise waters just off Ricky’s Flamingo Café. Seventeen junior swimmers from Barbados were also in country; they too said they found the underwater sea life captivating and said the swim was a challenge. Chloe Zimmerman, co-founder of the Race for the Conch said the event has grown rapidly; she was thankful to sponsors and government including the TCI Tourist Board for support of the summer swim meet. This week, we post highlights from the fun which also goes to One Caribbean Television, seen in 24 Caribbean countries and US cities.