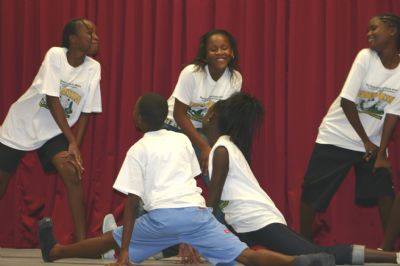 Providenciales, 30 Jun 2015 – Camp Hype returns again this year for the Summer; the program hosted by the Ministry of Youth sees its first sessions begin on Monday July 6 in Grand Turk and South Caicos.

Tomorrow (July 1) the Red Cross camp welcomes students of the public high schools up to age 17 years for a ten day sleep over where they will be learning about disaster preparedness.

And the Cadets have their own summer camp which is also slated for a July 1st start.

Minister Akierra Misick who presented these camps in the House of Assembly on June 18th said the Cadets camp is geared to enhancing their skills.