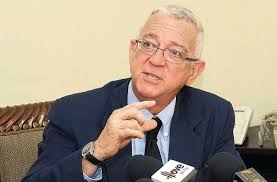 KINGSTON, July 21 (JIS): Approximately 18 primary schools with small populations ranging from a low of 16 to a maximum of 68 students will be closed effective September 2015.

Minister of Education, Hon. Rev. Ronald Thwaites, made the announcement during today’s (July 21) sitting of the House of Representatives.

He explained that the closures are intended to achieve greater levels of efficiencies in the school system. The Ministry is projecting savings of $23 million in operational costs from the school closures.

Minister Thwaites noted that the 18 schools are among the more than 200 public institutions offering primary level education, which are all underutilised, with an enrolment of 100 students or less.

“In most cases, enrolment has declined steadily during the five-year period 2010-2014. In some communities, where the schools are located, the population has been declining, with a small number of youth and many older persons as residents,” Rev. Thwaites said.

He added that this has negatively impacted the operational cost for these institutions, noting that while the average per capita expenditure at primary schools amounts to $88,000, in many of these small schools, it is costing up to twice as much to operate them.

“Nearly all of the 18 schools targeted for imminent closure have performed below or at about the national average of 77.2 per cent in the 2014 Grade Four Literacy Test. This academic performance is despite the fact that the teacher pupil ratio is less than one to 20 in most of the schools; the ratio is as low as one to seven in several institutions,” Rev. Thwaites noted further.

He told the House that the process of closing these schools involved extensive public consultations with stakeholders including parents, the Jamaica Teachers’ Association (JTA), churches, community leaders and political representatives.

“The team from the Ministry of Education has been very responsive to concerns raised. However, in the final analysis, we have to make a decision in the interest of student achievement and the efficient use of financial resources,” he said.

Meanwhile, the Education Minister assured parents that where the relocation of students has resulted in transportation needs, transport operators will be contracted to take children to and from school.

He added that the estimated total cost for transportation is $106,000 daily, with an estimated annual cost of $20 million.

Also, permanent staff at the schools to be closed will be facilitated for employment through the relevant authorities and unions.

“Through the necessary consultations and agreement with affected parties, teachers will either be relocated under the voluntary relocation exercise, retired or to be asked to opt for early retirement,” Rev. Thwaites said.

He noted that the students from the affected schools have been transferred to others, where they can “access richer and more diverse learning experience.”