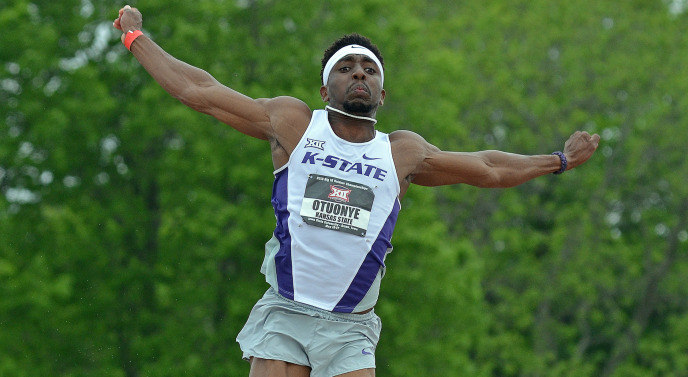 Providenciales, 22 Jun 2015 – The Turks and Caicos recently recorded a new long jump National record thanks to young Ifeanyi Otuonye, and quite significantly the college student set a new indoor record for the triple jump and was named by the US Track and Field Cross Country Coaches Association as the mid-west Field Male Athlete of the Year.

In her ministerial statement, Deputy Premier Akiera Missick congratulated Otuoyne on the feats as she announced that Akia Guerrier has qualified for the World Youth Track and Field competition which will be held next month in Colombia.

It was also revealed that a team of primary schoolers will represent the TCI at the Caribbean Primary School Competition within the second week of July and came the announcement of the September UK Territory Games; it was not revealed who will represent the country at that track & field meet but local trials were organized by the TCAAA and said to be supported by sprinter, Angelo Garland.