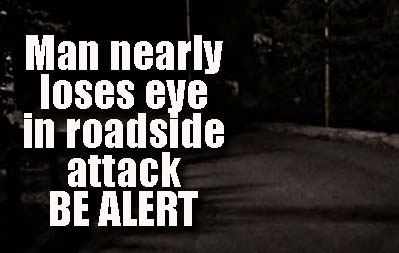 Providenciales, 03 Jun 2015 – The attack on the 65 year old man happened as he was walking home in the area of Discovery Bay on Monday night; he reports that there were two men who demanded his work bag and then lunged at him with a machete and a knife, when his response to their demand was not fast enough. The man attacked, who is originally from Jamaica managed to hold down the unmasked assailant with the machete but the knife wielder did a lot of damage – pretty gruesome to report, but stabbing the victim about the body, including in the eye; that eye was dislodged and was later operated upon. This savage attack is shocking to family and friends who are infuriated at the vileness of the assault. In walking the streets residents are advised to be alert, remain in groups wherever possible and avoid unlit areas as safety precautions. A woman was last week the victim of a snatch and grab just off Airport road near Max’s Mini Mart.