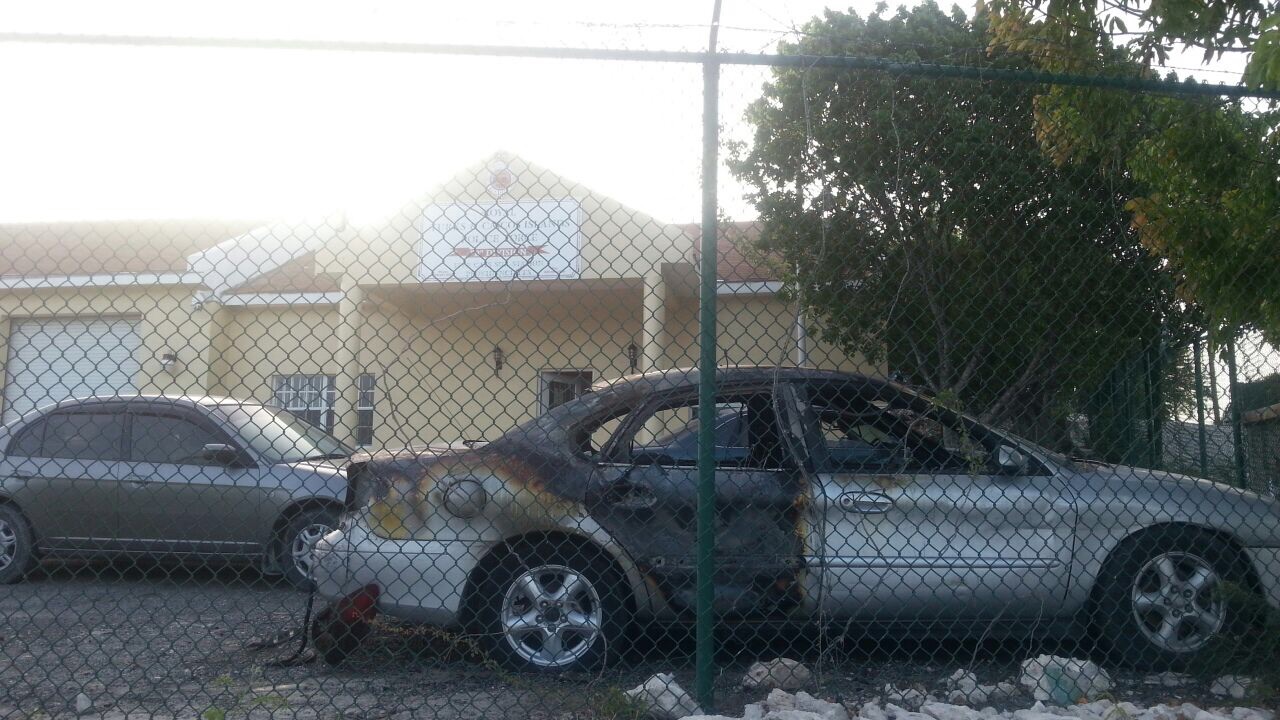 Providenciales, 25 Jun 2015 – It was a private vehicle that the 18 year old man reportedly set ablaze around 12:10am on June 24th; it was parked at the Five Cays Police station.

In a late day press release, the Royal Turks & Caicos Islands Police Force (RTCIPF) confirmed that officers are investigating the circumstances and that the fiery scene was discovered when “officers on duty at the station at the time smelt smoke and went to investigate.”

A grey Ford Taurus was set on fire, fire fighters extinguished the blaze and police say the vehicle was extensively damaged.

Magnetic Media was told a man set the car on fire after shouting to police that he was avenging the death of 19 year old Jeff Walkin, killed on June 6 on Granny Hill in Five Cays in an alleged gunfire exchange with police.