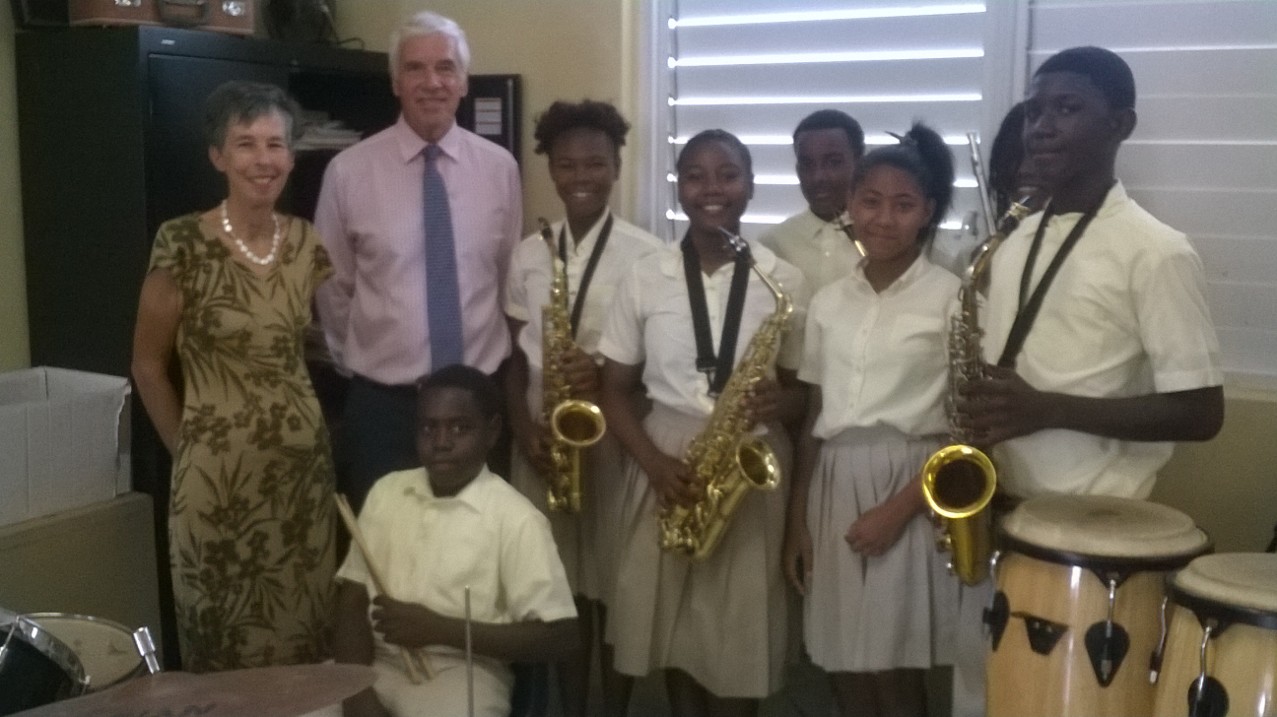 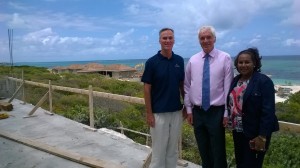 Providenciales, 29 May 2015 – The Governor this week met with developers of Sail Rock and East Bay in South Caicos, as he dropped by both schools with his wife Jill. The day trip to the Big South was deemed fruitful, as the students heard the Governor expound on figures like National Hero, Most Excellent JAGS and World Champion sprinter, Delano Williams. About the developments, the Governor said: “I have followed both developments closely, and it is excellent that they hope to open for business within a year or less. These are precisely the sort of resorts we need to see in the family islands, and they should be a real catalyst for the local economy in South Caicos. There is bound to be a demand for more restaurants and other retail outlets which can only benefit the South Caicos community.”

The brass band of Marjorie Basden High gave a great show, some of the instruments were purchased by the Governor’s Office and HE Peter Beckingham explained that in a meeting with Delano Williams this week, it was agreed that: “that all schoolchildren should be encouraged, both at school and home, to participate in extra- curricular activities, in sport, music or other pursuits. “ It was also announced that Footsteps for Good will return to South Caicos on Monday October 19th; last year Jill Beckingham raised $25,000 for 11 charities around the country.