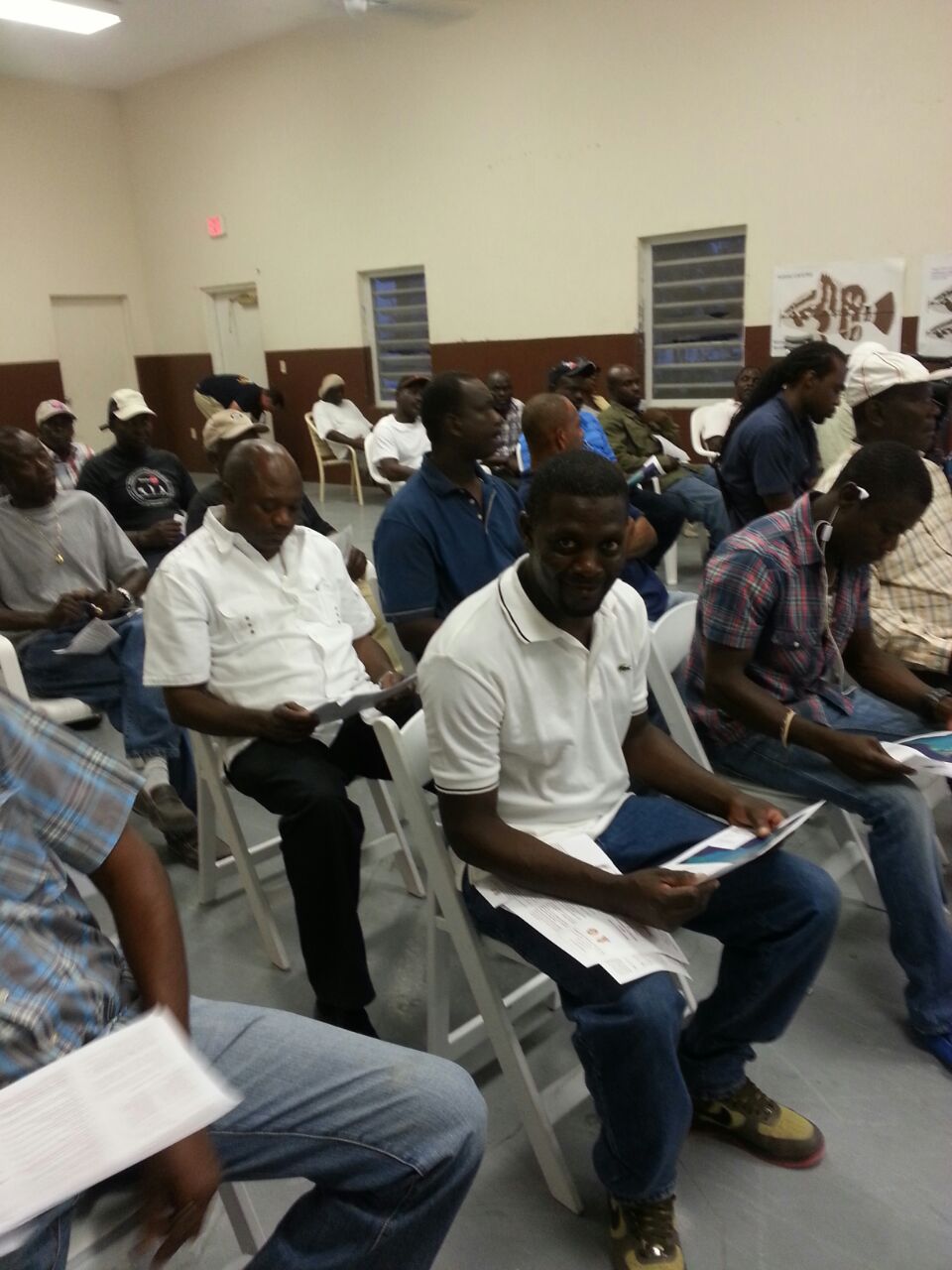 Providenciales, 11 May 2015 – Strong turn out as fishermen in particular found the series of town hall meetings launched by DEMA on Friday evening educational. The Five Cays Community Center seemed the ideal spot to start; it is the fishing hub for Providenciales and not only did DEMA review laws with which fishermen are familiar, but the Department of Maritime Affairs, introduced new proposed measures. Among the moves by DEMA through proactive legislation is to protect sharks and stingrays; pitching an idea to ban commercial sales of these sea creatures. This trend is fast catching on around the world; and in nearby Bahamas, the National Trust there was recently lauded by the United Nations for its 20-year effort to protect what is described as a 70-million dollar industry linked strongly to tourism.

The Bahamas was, in 2011, the first in the region to institute a ban on commercial shark fishing. While the Turks and Caicos is not mentioned as one of the nations which attended a special shark session in Bimini, Bahamas… in Provo, during the local shark week, it was clear there was strong advocacy for similar restrictions here. Other nations joining the move, this past March in The Bahamas, to protect and preserve the shark and the stingray are Dominica, Grenada, Jamaica, the Dominican Republic, Palau, Panama, Saint Lucia, Suriname and St. Vincent and the Grenadines. Fishermen on Friday night generally agreed with the suggestions to preserve fish stocks which likely will give their industry longevity. There is a second town hall meeting tonight in the country’s fishing capital, South Caicos, at the DEMA office at 7pm.