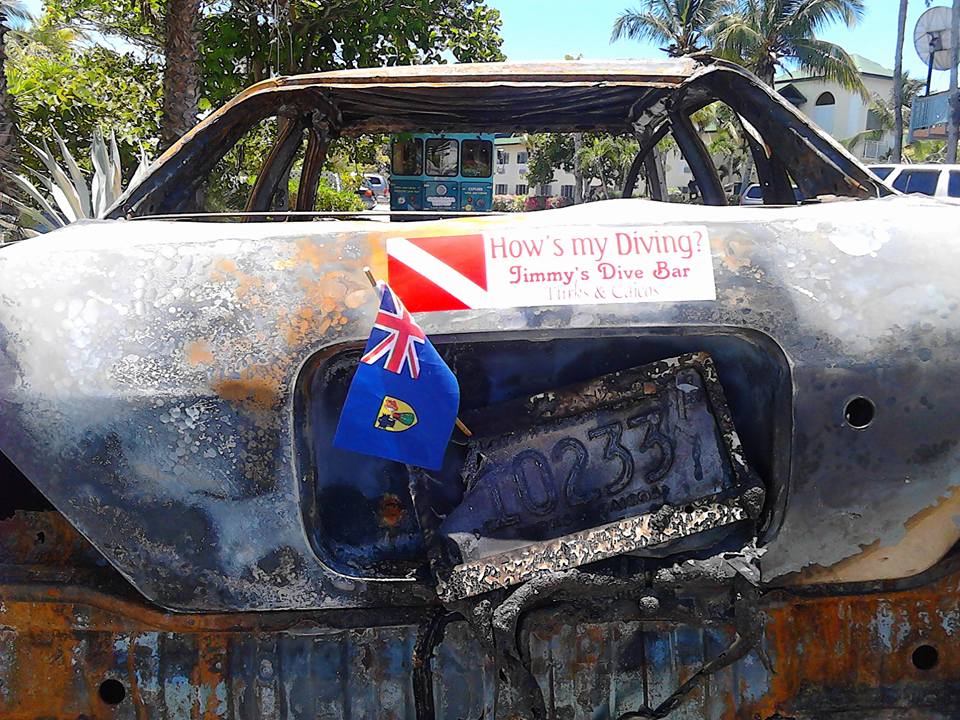 Providenciales, 28May 2015 – A small, mighty group of advocates for a cleaner Turks and Caicos were committed to a cause to see a burned up vehicle removed from the country’s prominent tourism strip, Grace Bay. A fire on Saturday night engulfed the sedan near Jimmy’s Dive Bar, while it was in the parking area and it seemed to be ownerless. Photos and comments on social media counting the days the vehicle was still proving to be an eyesore on Grace Bay road were posted by Elizabeth Godfrey, Sonia Grant, Sheniqua Cox, Watson Jolly, Johanne Karam and Benneth Williams – finally, around 10am yesterday, Premiere Towing came and removed the burned car but not before it began acquiring some patriotic décor; a Turks and Caicos flag and safe driving bumper sticker were plastered on the vehicle before it was hauled away. Environmental Health confirmed that following the police investigation, the vehicle was removed by its owner. The latest effort of the group is to see Leeward Highway adopted for beautification and maintenance.