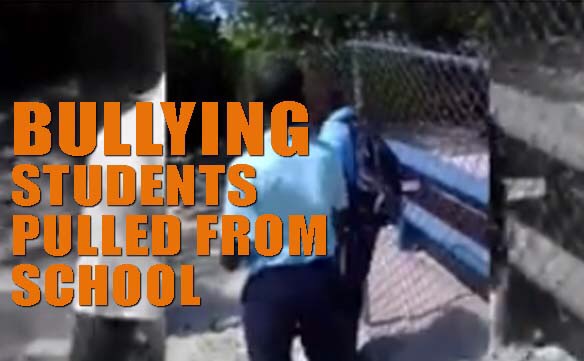 Providenciales, 22 Apr 2015 – A shocking case of bullying is now being investigated by the Ministry of Education and the students involved have been pulled from the primary school in question. Video has been in circulation and has now made local TV news. The boys from one of the Provo-based public primary schools appear to capture themselves roughing up another boy, using foul language and completely enjoying repeatedly hitting the student. In the face, in the back, in the head, hits to the intimidated boy’s abdomen, lots of jeering and cheering and at one point the lead antagonist seems to spit on the bullying victim.

The Ministry is discouraging spread of this video, but up to news production time well over 1,100 had viewed the news report by SunTV. I quote from a press release issued last night: “We are asking the public, that in the interest of the welfare and protection of the child who was bullied and parents, that we respect their rights and cease and desist from the circulation of this horrid video.” The authorities have already been called in this case.