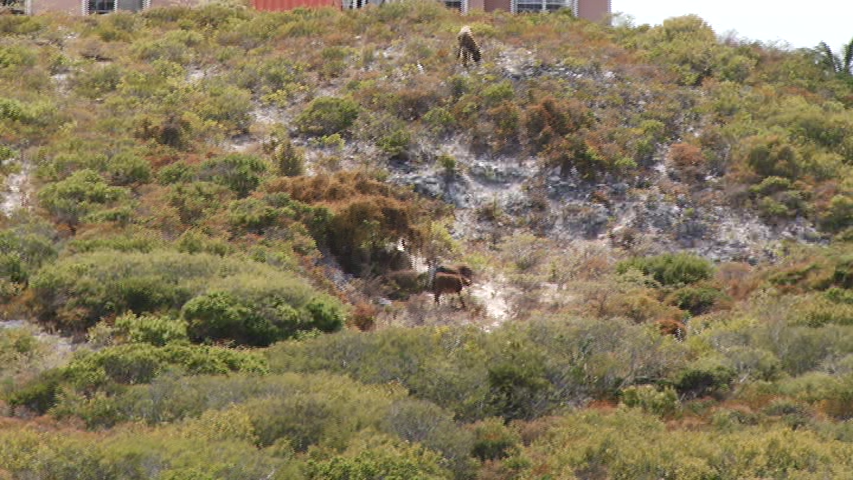 Providenciales, 20 Apr 2015 – Despite Magnetic Media online reports, Police did not confirm that the remains found in the Breezy Brae area last Thursday are those of Kevino Smith. Magnetic Media apologizes for this misinformation. Lead investigator, Rodney Adams, acting Deputy Commissioner of Police:

“We will not be rushing into anything; we will not be rushing this investigation. As the old saying goes, we want to make sure every ‘T’ is crossed and every ‘I’ is dotted. We believe we not only owe it to the family, but to all residents of Grand Turk to ensure that if the remains are in fact those of Mr. Smith, we owe it to the family and residents as well, to bring about closure as to what actually occurred of how he came to his death.”

Given gold commander status and special strategic oversight of the case, acting Deputy Commissioner of Police, Rodney Adams told media and family at a press conference in Grand Turk on Friday that there were problems with the investigation before he was given charge of it; this included the way searches was conducted.

“We have examined all that has been done up until that time and the decision was taken to visit that area and do a systematic search. I have heard about members of the public searching that area, our officers have indicated searching the Breezy Brae area as well. However, based on my experience as an investigator with strategic oversight, there were certain things I was not satisfied with hence the assistant Senior Investigator Officer and other members of the team and I discussed it and the decision was taken that we should go back and search the area properly, hence the result we came up with yesterday.”

Adams and his investigative team denied that their efforts were or are slow and declined to detail the condition of the body, whether there were other articles found with the body and even whether the body was buried or above ground. Smith is the only missing person report on the island of Grand Turk and while there was no outright admission that the body found was that of Kevino, there are some who did speak, at that press conference, as if it is indeed the 25 year old man who has not been seen since March 4th, 2015 is deceased; including an officer on the case:

Superintendent Darron Williams: “We know for a fact that there are a lot of speculations in respect to the demise of Mr. Smith, or his disappearance. To this date, as Mr. Adams said we cannot confirm this as yet until we do our further checks to ensure that we are on the right track.”

Pastor Chad Archibold: “Bay and Patty wants to know what happened to their son, they would like to be able to at least bury him in peace, and the committee as a whole would like to fully understand what was the incident that came about in his demise. I know the Deputy Commissioner has pointed to us out very carefully that the Police still has to do what is proper and properly identified the remains to be sure that they have followed all legal protocols, so we must be patient and supportive as they go through this process.”

Pastor Chad Archibold of Salem Baptist Church represented the family with other relatives at the press conference. At least one relative, used the opportunity to level questions at DCP Adams and others… as a result, we learned that the Crime Stoppers Reward offer came once DCP Adams took over the case; the amount is $2,000 but can be augmented by donations. In the debriefing, the public heard that Kevino Smith was originally reported for an incident at a residence in Breezy Brae on March 4th… then on Friday March 6th, he was reported missing by relatives.