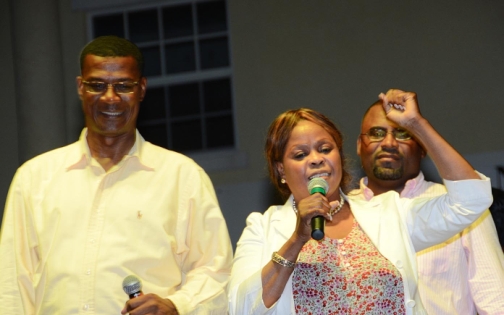 Providenciales, 29 Apr 2015 – All positions of the Progressive National Party will be open for nominations in November when the National Executive Council, NEC holds meetings later this year. The governing PNP over the weekend held a Special Congress where a new party constitution was ratified and a new executive officer was elected. This was the meeting, former Premier, Michael Misick had been expecting to offer himself for the job of National Chairman.

Current National Chairman, Trevor Cooke some weeks back explained in a media report that the party will delay elections and will for now bring its constitution up to date with new laws instituted under the UK Interim Administration, governing political parties. Now that is done and in June there will be another meeting where the PNP By-Laws will be the agenda’s focus. According to Cooke, even the post of party leader – held by Premier Rufus Ewing – will be up for grabs in November. The next General Elections for the Turks and Caicos is sometime in 2016.