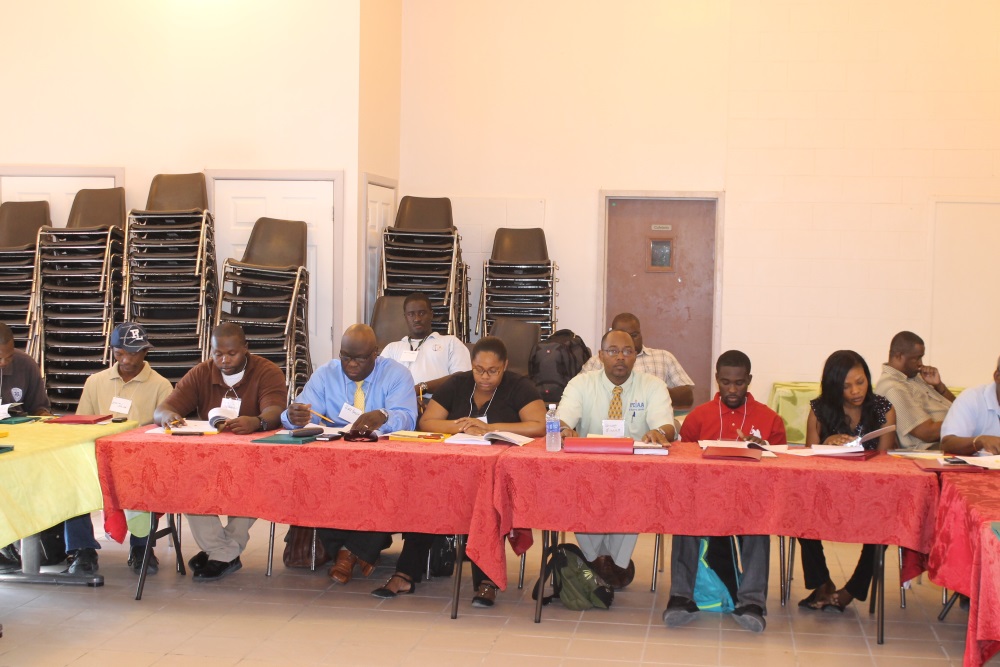 Providenciales, The Ministry of Health and Human Services through its National Health Emergency Management Unit hosted a training exercise on proper procedure in handling a mass casualty on Monday, March 9 through Saturday, March 14 2015 in Grand Turk at the Turks and Caicos Community College.

The Facilitators were Mrs Mary Forbes, Health Disaster Coordinator and Ms Charlene Higgs, Health Educator; our own locally trained Mass Casualty Instructors who successively completed the “Train the Trainer Course” with Pan American Health Organization under the direction of Mr Delvin Ferguson who is currently the Director of Emergency Medical Services (EMS).

Ms. Higgs stated “The Mass Casualty management Course is a didactic, multisectoral training course consisting of five days of lectures, field exercise and roleplaying, designed to sharpen the response skills of mass casualty responders, to effectively manage events in Human and/or other resources-challenged areas. It will culminate in a series of practical field exercises held at night to underscore nocturnal challenges.

“The Turks and Caicos Islands must be in readiness for adequate response as we are not only in the hurricane path, but also have significant air traffic locally and internationally. Further TCI is in the flight path for many Trans-Atlantic and Caribbean flights.”

The Objectives of the Course were as follows:

To strengthen the capacity of the Turks and Caicos to respond to natural and man-made disasters.
To ensure health sector procedures, roles and responsibilities are clearly defined and understood within the current public/private health care system
To enhance Intersectoral co-operation and collaboration.

“It was a great benefit to be a part of this exercise, particularly for Department of Disaster Management & Emergencies (DDME) where this level of preparation benefits the whole country” stated Rikardia Pardo, Hazard Mitigation Officer, DDME. “I am glad to see a continued investment in ensuring that TCIG is prepared in the event of any kind of substantial emergency”

Participants were drawn from amongst the various response agencies in the TCI that would be front line responders in any mass casualty situation. On successful completion participants received a certificate in Mass Casualty Management through the Ministry of Health in collaboration with Pan American Health Organization.