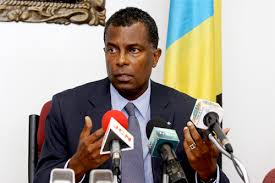 18th March 2015
Nassau, The Bahamas
On Operations in Abaco

Following on a report that 60 people believed to be from Haiti slipped in undetected into Abaco and without visas in the early hours of 12th March, a period of more intensive checks has been mounted in Abaco by the Department of Immigration beginning today.

The operations will unfold over several days.