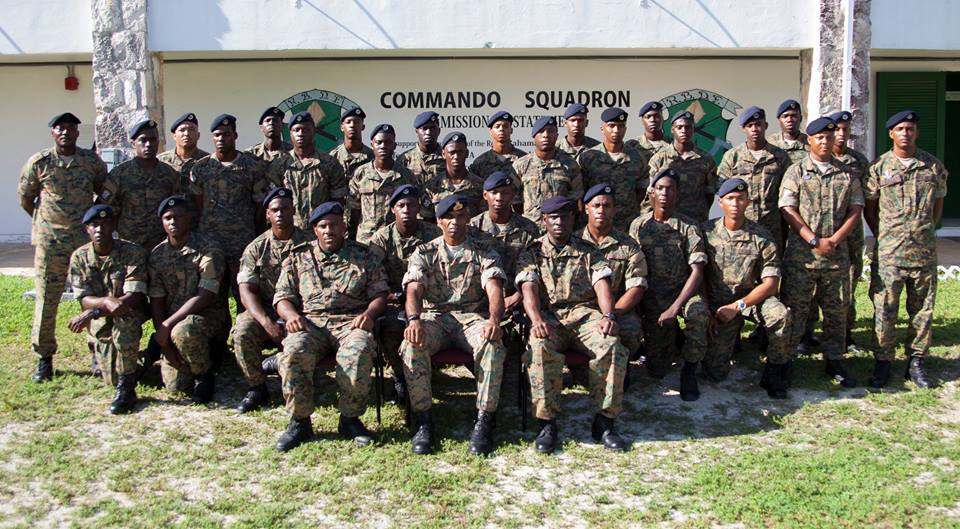 Coral Harbour Base, 3 Sept 2015 (RBDF): It took hard work, a bit of blood, a lot of sweat, but no tears. Not just anyone can endure Commando Squadron Infantry Training. But, these twenty-four marines proved that they could and why they deserved to be the newest members of the Commando Squadron’s elite Amphibious Unit, within the Royal Bahamas Defence Force.

After three intense months of training, the marines successfully graduated from Infantry Training. This is the initial phase of many more disciplines to come as these men will endure continuous training to perfect their skills.

Having gone through rigorous and specialized training, these marines have been sharpened into more skillful and proficient soldiers in the area of infantry tactics.

Acting Lieutenant Commander Derek Ferguson, commended the marines for the commitment shown over the course of their training.

Base Executive Officer, Commander Michael Sweeting emphasized to the marines that they had completed the first and most difficult step towards becoming professional soldiers and congratulated them on their efforts and achievement.