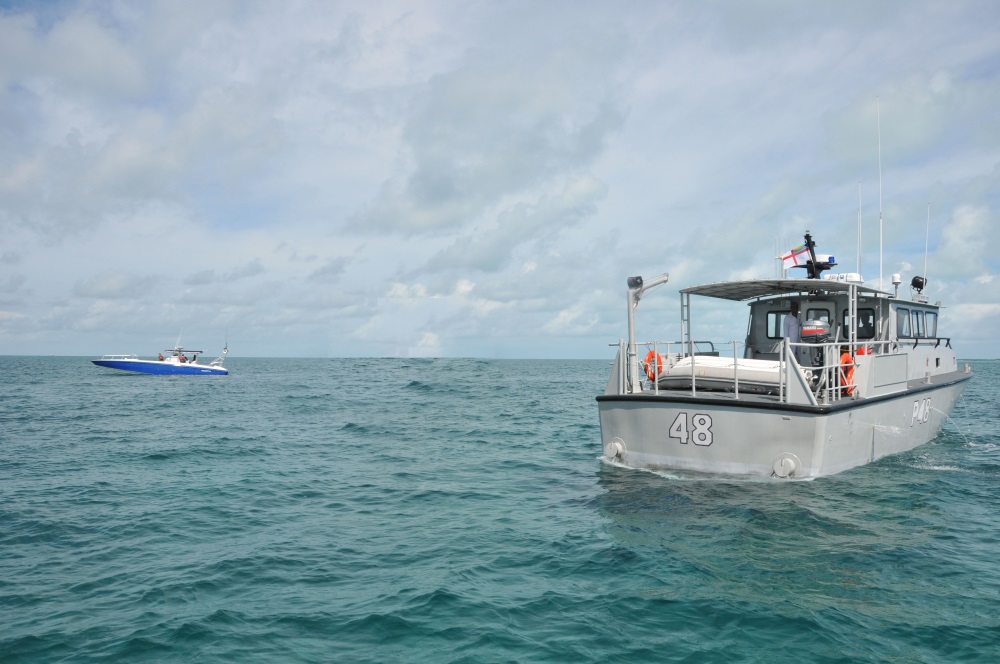 The Defence Force vessel was alerted by Operation Bahamas, Turks and Caicos (OPBAT) officials to a vessel in distress off West End. The 9 occupants were found aboard the vessel by Defence Force marines and subsequently taken into custody.

The apprehended persons were handed over to Police and Immigration authorities in West End for further investigation and processing. The Bahamian national is expected to be charged with human smuggling.

Earlier on Sunday morning, the Defence Force vessel, P 48 , assisted 4 crew members aboard a 100-foot Haitian freighter that ran aground near Lynard Cay, southeast of Marsh Harbour, Abaco around 8 a.m that morning. No one was hurt during the incident and the vessel was re-floated without further incident.