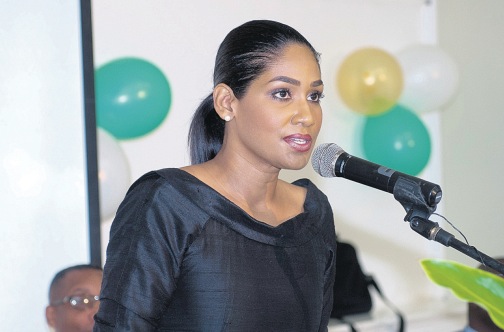 KINGSTON, March 7 (JIS): Minister of Youth and Culture, Hon. Lisa Hanna, says a national dialogue will have to take place before the country can make a decision on the issue of corporal punishment.

Miss Hanna was addressing an Inter-Ministerial Working Group on Children, at the Ministry on March 6, which she convened to begin preliminary discussions on corporal punishment.

“I could not take a decision on behalf of an entire country on what Jamaica is going to do without a national dialogue, before coming up with any concrete solutions as to the way forward,” the Minister told the meeting.

She was making reference to a call from the United Nations Committee on the Rights of the Child for the Jamaican Government to pass a law to ban corporal punishment.

Miss Hanna, who chaired the meeting, said that studies have been done on corporal punishment by other countries; however, she noted that it is important “to look at how our population (think).”

“So, what Switzerland does, what Dubai does is sometimes very different as to how we operate as a culture,” she said.

Discussions also focused on issues pertaining to the Child Diversion Policy and the safety and protection of children.

During the meeting, Professor of Child Health and Child Development and Behaviour, Faculty of Medical Sciences, University of the West Indies, Mona, Maureen Samms-Vaughan, presented findings of a research done on corporal punishment.

Among those attending the meeting were: Chief Executive Officer of the Child Development Agency, Rosalee Gage-Grey; Children’s Advocate of Jamaica, Diahann Gordon Harrison; Registrar of the Office of the Children’s Registry, Greig Smith, as well as representatives from the Ministries of Justice and National Security.