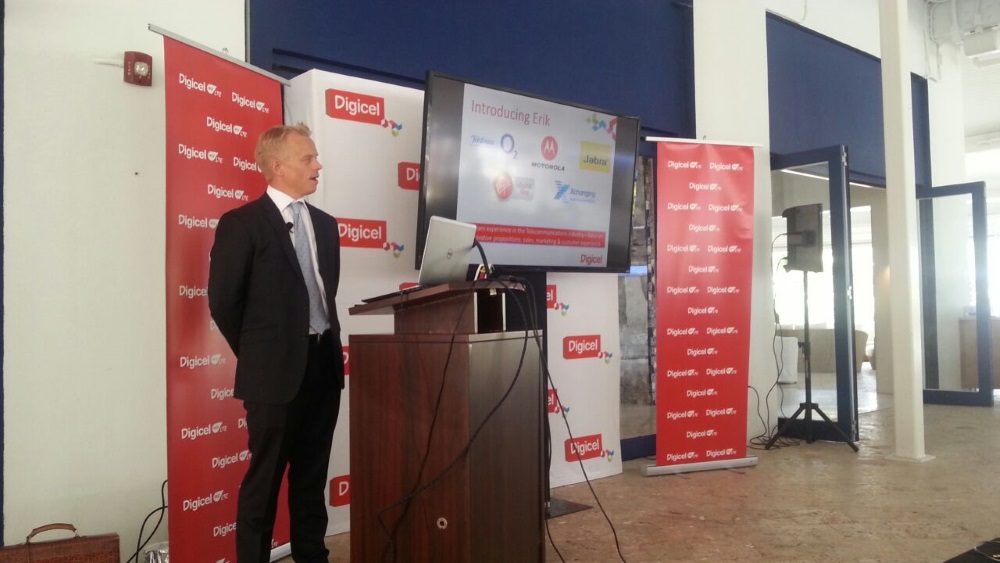 Providenciales, 26 Mar 2015 – LTE technology is finally launched in the Turks and Caicos and since yesterday mobile phone users could activate the service only at Digicel. At a luncheon held at Blue Haven Resort, media learned of the expansive offerings of the company and met its new CEO, Erik Staaf who explained Digicel is heavily focused upon being the ‘home of internet & entertainment’. With a new commercial marketing campaign, produced by local company Spotlight Communications, Digicel used familiar faces including Takara Bain, former WIV news anchor to explain the faster speed of LTE.

Staaf said it is four times faster than 4G and 120 times faster than 2G. During the announcement, we also learned that all Ministry of Education schools will receive free internet, will see a smart or digital classroom established by Digicel, that current 4G customers only need change their settings – the LTE comes at no extra cost, that prepaid customers need a special SIM card to access the new mobile data service and all will get free Netflix and Rdio, a music streaming app free in the first month.