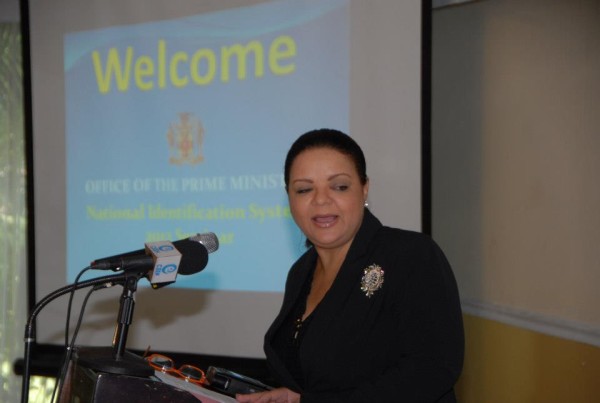 KINGSTON, Feb. 28 (JIS): A sum of $24.9 million is to be spent this year on the continued development of a National Identification System (NIDS) for Jamaica.

The funds have been made available in the 2015/16 Estimates of Expenditure, now before the House of Representatives.

The project aims to establish a reliable identification system of Jamaicans and other nationals resident in the country, with a unique National Identification Number (NIN) as the primary key identifier of a person in the system.

It is being implemented by the Office of the Prime Minister through funding from the Inter-American Development Bank (IDB ).

Up to December, 2014, achievements under the project include: 12 terms of references developed and approved by the IDB for recruitment of consultant; and a NIDS three day seminar held in March 2012, with a focus on international trends in identity management.

In addition, a NIDS policy was finalised and a Green Paper Stage Cabinet Submission developed. A Cabinet Note was previously presented May 19, 2014, with a project status update.

Further, a Memorandum of Understanding (MoU) was established July 24, 2012 between the Office of the Prime Minister and eGov Jamaica Limited to support the Information and Communications Technology (ICT) consultancies.

Other achievements include: knowledge sharing strategy established and implementation commenced; NIDS Case Study Report on Jamaica and the Republic of South Korea completed; baseline research consultancy contract signed November 1, 2013 and Phase 1 completed May 19, 2014; four ICT consultancy contracts signed January 10, 2014 and consultancy completed July 2014; and Communication and Behaviour Change Strategy contract signed April 28, 2014.
It is anticipated for the 2015/16, an institutional framework for the NIDs will be developed at a cost of $8.27 million. Activities under this aspect will include the preparation of a NIDS Policy White Paper, and policy implementation; NIDS Bill to be presented to Parliament and amendments made to existing laws; and institutional framework plan and signed agreement/MOU established.

In addition, an implementation strategy is to be developed under the project at a cost of $16.65 million. Activities of this phase will include: secure funding for the NIDS implementation phase and sign agreement; Post Baseline Survey to be conducted; long term communication strategy to be established and undertake on-going communication campaign; and complete External Audit and Technical Evaluation.

The project was initially slated to run from September, 2011 to April, 2014, but after an extension, it is expected to end in October, 2015.