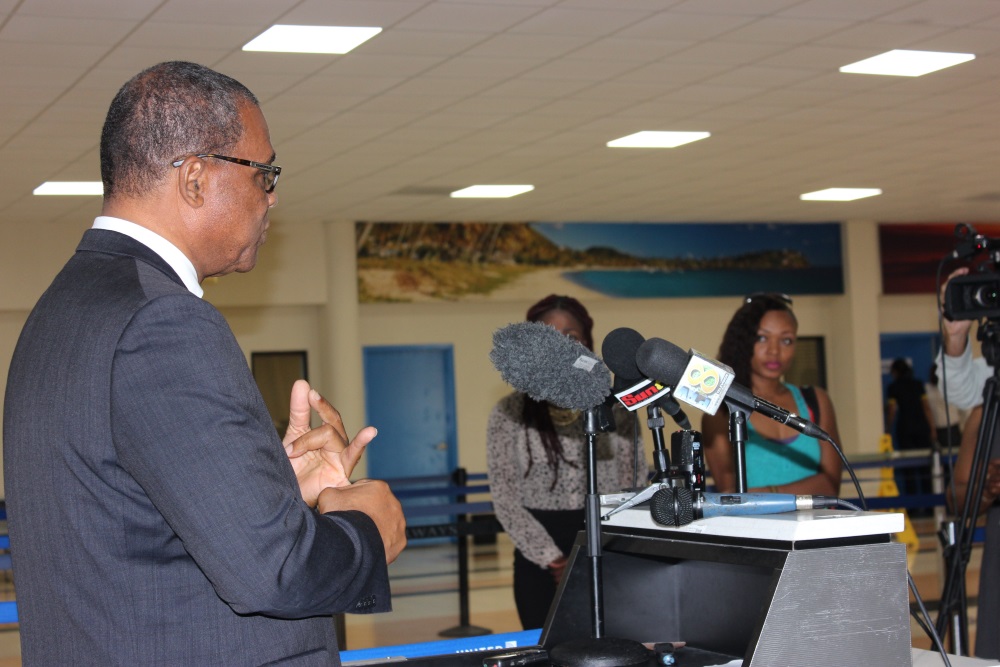 Providenciales, 09 Feb 2015 – Finance Minister Washington Misick while announcing an over $60 million dollar government surplus up to quarter three, said there will be some tax cuts this upcoming fiscal year.
“There will be some reduction in rates in taxes starting this year, I can’t speak specifically to them yet, the quantity, but there will be some roll back. It’s not been to the extent that it would have been had I had my what to get some other things done because I still believe the Turks and Caicos still does not have a broad-based, sustainable tax system.”

Nonetheless, the Minister is adamant the Turks and Caicos needs a broad based tax still; he went out on a limb with the statement saying it was his personal view and has been for years.

“I’m speaking for myself as a person who is a student of accounting and economics and I am speaking for myself when I look around and see what’s happening in the world; I have always said that my ideal situation was to reduce the cost of goods at the port, and we have not been able to do that because of the push back the government has gotten. Now that is not to say that we will attempt to do that, certainly the people have spoken and if that is what they want, then that is what they’ve gotten.”

Outstanding performance for the TCI economy has caused the PNP Administration to announce that there is a rebound.