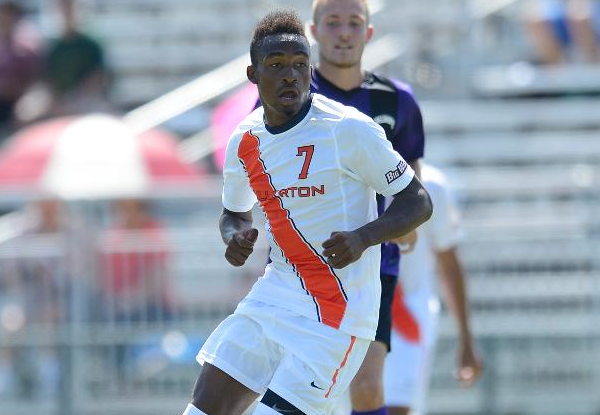 Providenciales, 03 Feb 2015 – Turks and Caicos’ Marc Fenelus is still in pre-season play for soccer as he tries to make the New England Revolution team’s final cut and the roster in Major League Soccer. In an interview, Fenelus explained that his focus is to make fewer mistakes and to learn the system of play of the Revs. A pre-season scrimmage on Saturday saw Marc enter the game at the half and play 45 minutes. Marc said: “It was really great. I just kept passing the ball, and got a lot of touches on the ball, and made some plays.”

Fenelus explained that he was interviewed by the Revs before the draft. As for what the former Cal State player is prepared to do, he said: “I’m pretty comfortable out anywhere,”I’ve played in a lot of different formations before, so it doesn’t really matter to me, whether it’s as an attacking mid, as an eight, or anywhere else.” That report is carried in ‘New England Soccer Today’.