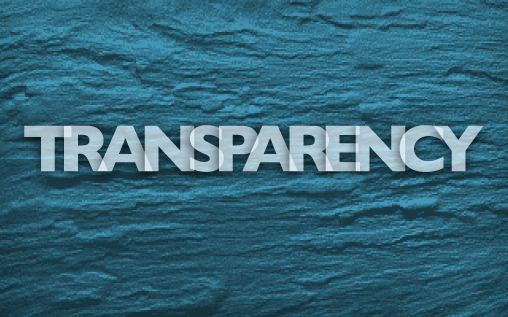 Providenciales, 11 Feb 2015 – Those comments from Ed Miliband, UK Labour Party leader over the weekend about poor laws which encourage tax evasion are causing TCIG to cough up information on some public consultations which suggest that the country could be doing a lot better when it comes to transparency; at least to some. This morning, the Minister of Finance shared the results of a ‘Maintenance of Legal & Beneficial Ownership Information’consultation from last year which exposes a low participation rate (by number of responses) and that half who did participate said the laws in the TCI could be better.

There were only six respondents; three from outside the country and it was indicated by them that and I quote now: “…the legal and beneficial ownership arrangements were not sufficiently transparent.” Meanwhile, the three local respondents, including the representative body indicated that the Turks and Caicos Islands’ collection and maintenance of beneficial owner information was effective and satisfied international standards. The results of the consultation show a dynamic difference throughout it appears – those on the outside say they like the PM David Cameron’s model for registering companies, those on the inside of the TCI said they do not. Here is what the Ministry of Finance explains: “Of the six respondents, the three international NGOs said they were in favour of a central public registry and the three local respondents, including the representative body, said they were not in favour of a central registry of beneficial ownership information, or of access to such a registry by the public.” But this is what Miliband wants. He wants to see who owns companies, shell companies so that he can move to get what money he believes is missing from Britain’s coffers.

TCIG called the consultation useful, adding that the TCI is adhering to the core set of principles as set forth in the G20’s High-Level Principles on Beneficial Ownership Transparency, and that the TCI will continue to monitor other international developments, including the European Union Fourth AML (Anti Money Laundering) Directive. The PNP Administration said it is committed to regular engagement to thwart unscrupulous acts, and that this year there is a proposal to complete a National Risk Assessment, which should identify any further areas for improvement.