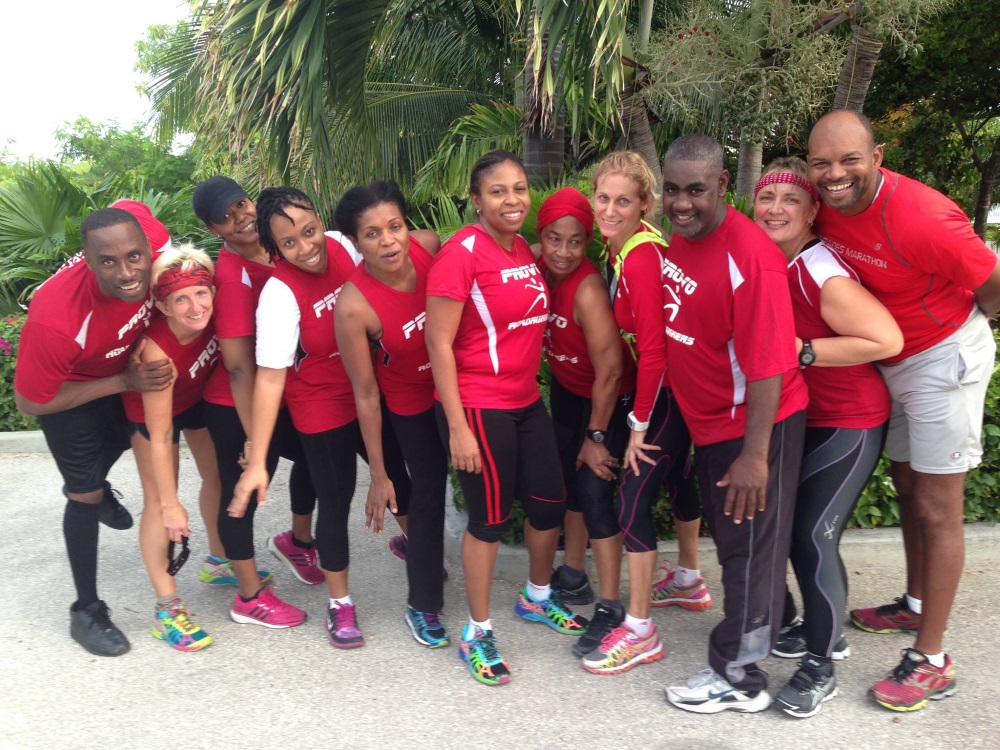 Providenciaes, 15 Jan 2015 – Thirteen of the Provo Roadrunners Club will participate this weekend in Marathon Bahamas; the event in its fifth year is hosted each January by Sunshine Insurance Agency and takes hundreds of marathoners from around the world along one of the most picturesque marathon routes in the world; including over the Sir Sidney Poitier and Paradise Island bridges.

Some of the Provo Runners have already left for the event which is this coming Saturday; but the bulk of the group flies out today on InterCaribbean Airways. We are told Marathon Bahamas is thrilled to have the TCI coming… our 13 athletes will do 13.1 miles, which is the half marathon. Turquoise Morning cameras will be rolling.