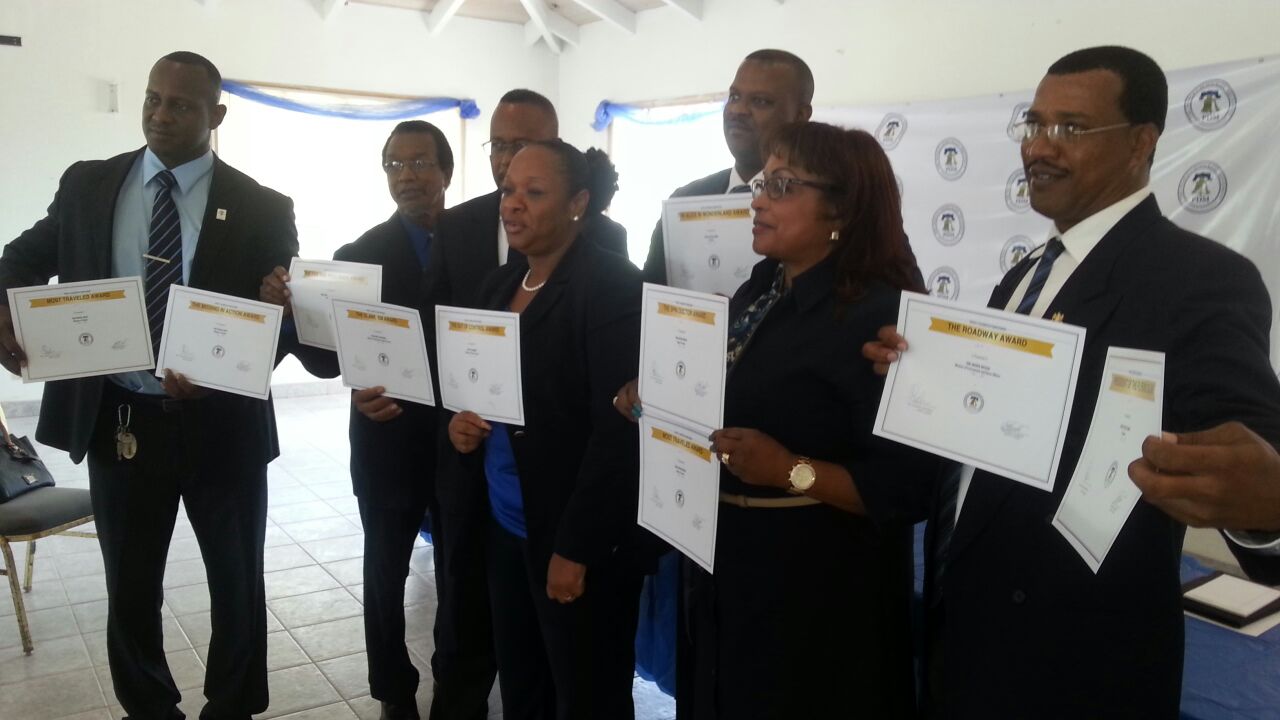 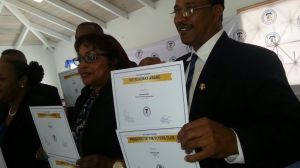 Providenciales, 01 Dec 2014 – NO PNP CABINET MINISTER LEFT OUT OF PNP Administration Mid Term performance AWARDS announced this morning as the Opposition made a bold presentation in a press conference earlier today. The certificates are to be delivered to the members of the administration and are actually an indictment for what the PDM labels as government’s “bad behaviour” while in service. Apparently Hon Donhue Gardiner, Minister of Border Control is “out of control”… words probably borrowed from former Premier Mike Misick… Hon Porsha Smith, the Health Minister is “missing in action” but doubly bestowed and sharing “the most travelled award” with DP Hon Akierra Missick.

A prize called: “The Alice in Wonderland” goes to the Premier Hon Rufus Ewing along with the “President of the Frequent Flyer’s Club” certificate. “Spin doctor” is the Deputy Premier according to the PDM list and the “Blame Dem” nod is earned by Hon George Lightbourne, who heads up Government Support Services. Media was snapping photos and taking video of the PDM members as they held up those certificate awards and gave this mid-term report card; opting not to go with letter grades for the evaluation as was the case after year one of the PNP. Hon Washington Misick, the Finance Minister was prized for his so called keenness to tax; “the Tax and Roll Back” certificate had his name on it. Hon Amanda Missick was cited for the road works, or lack thereof and the numerous problems along the roadways including the feral dog problem.

“The Road way Award” goes to the member from Cheshire Hall & Richmond Hills. As for how the Ministers will actually be presented their PDM prizes; it was not clear but media was told the certificates would be en route right away.