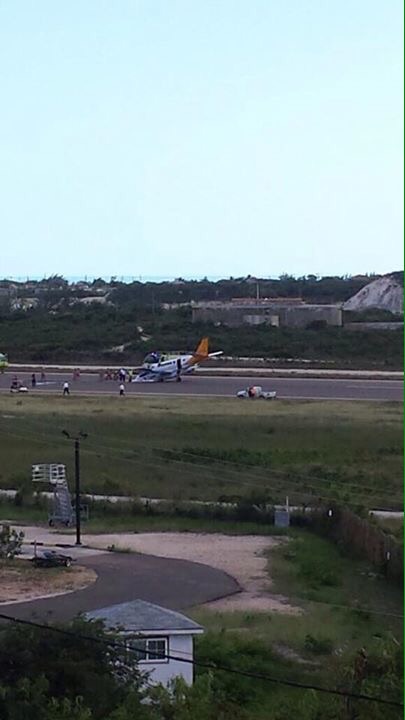 Providenciales, 07 Dec 2014 – An aircraft operated by interCaribbean Airways was involved in an incident at Providenciales, Turks and Caicos Islands: December 7, 2014 at about 1:45 pm: today. The aircraft, a Beech 99, was operating JY 141 between Providenciales and Grand Turk. The aircraft nose gear would not deploy for landing. The aircraft safely landed on the main runway and met by Turks & Caicos Aircraft Fire Services.

The aircraft was carrying 2 passengers and 2 crew members on-board operating a flight that departed from Providenciales to Grand Turk.

There were no injuries to passengers or crew. The interCaribbean Emergency procedures were activated and the full resources of the company were mobilized to respond to the incident. InterCaribbean in cooperating with Turks & Caicos Civil Aviation and the Airport authority to secure the site and removed the aircraft from the runway in approx. 1 hr.

“The care of our customers, crew members, and their families is our highest priority” said interCaribbean Airways CEO Trevor Sadler.