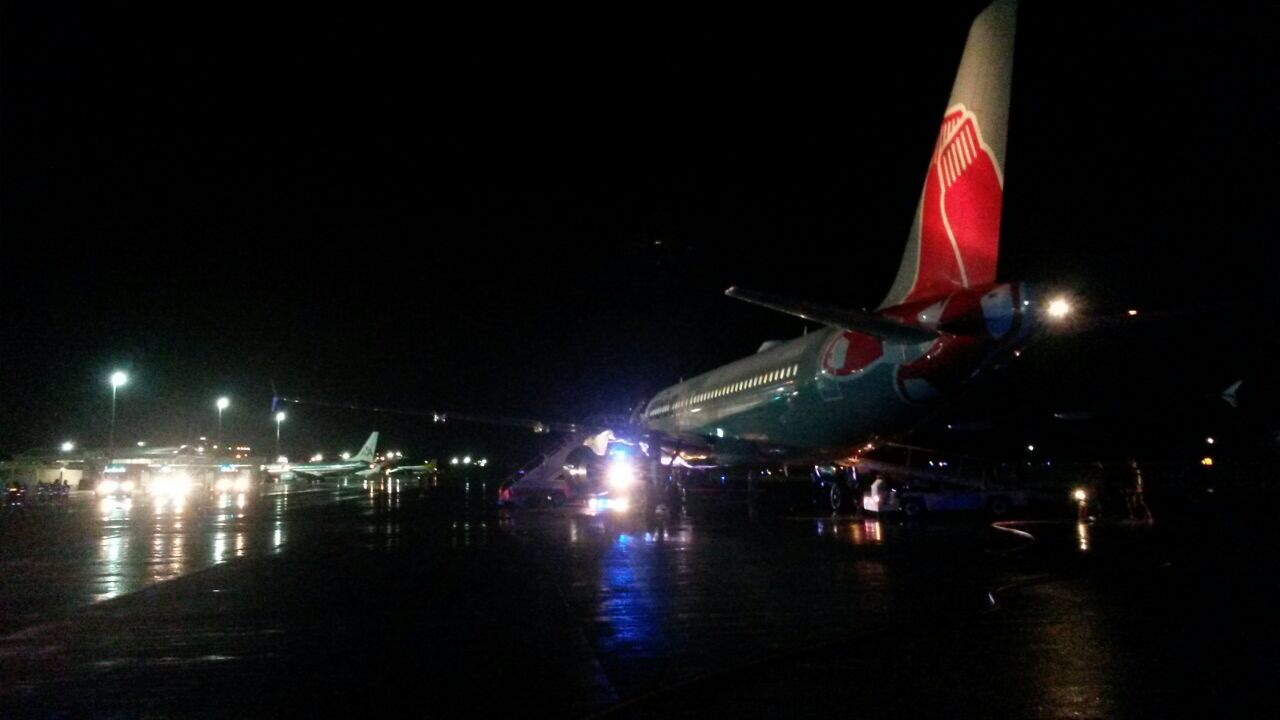 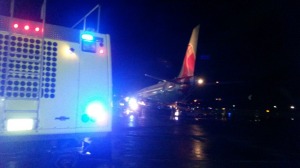 Providenciales, 27 Nov 2014 -JETBLUE AIRBUS 320 given all clear from Provo Airport technician after a scare in the cockpit.

The flight with 75 passengers was en route to Santo Domingo from NYC when it called for permission to make an emergency landing.

Pilots requested a check of the plane’s under-carriage and remained off from the terminal building until that initial inspection was done.

There was also a check by the Airport Fire Crew of the luggage compartment and the back area of the plane before it was given the all clear.

Evacuation was smooth. No one frantic, no one hurt. Passengers were held in International departures for the duration.

In the end, the Jetblue craft was found to have a faulty indicator light which was telling pilots there was smoke; a minor electrical problem.

The flight landed at Provo International around 7pm; leaving just minutes ago around 9:30pm.