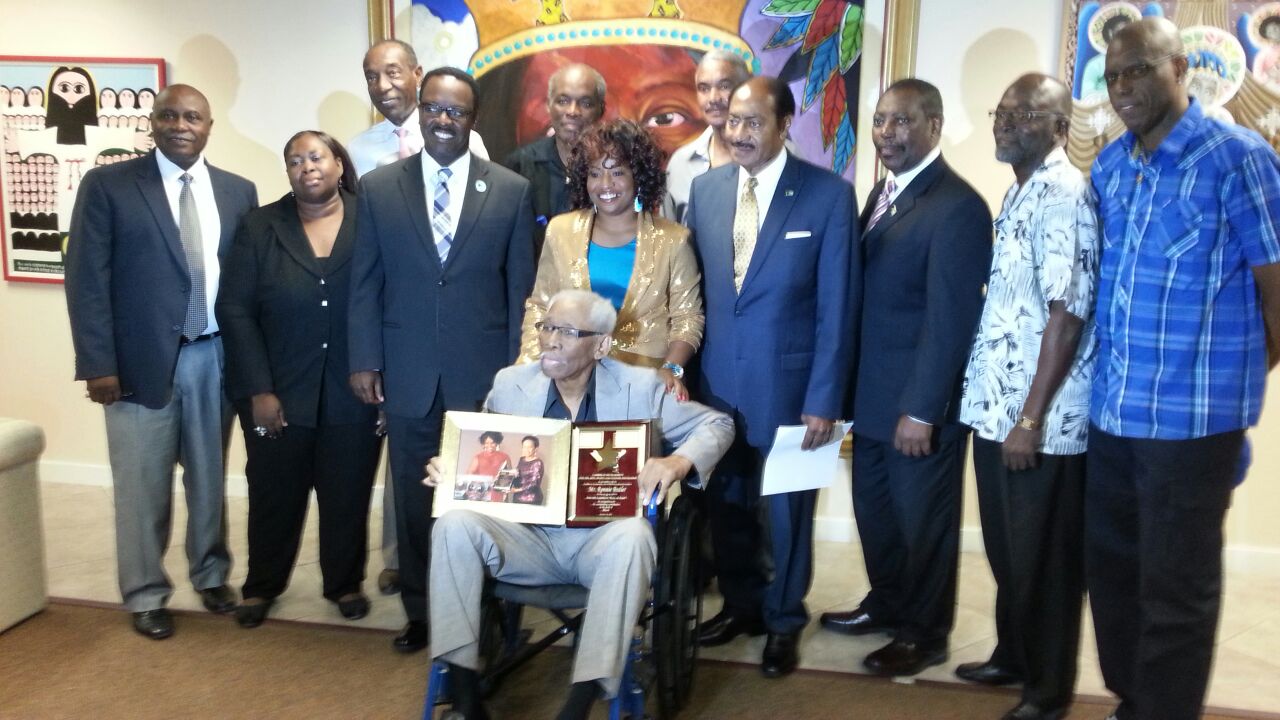 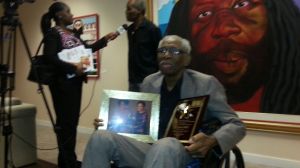 Providenciales, 31 Oct 2014 – Magnetic Media and the Bahamas Ministry of Youth, Sports and Culture teamed up to get some of the greats in Bahamian music and culture into one room at the office on Thompson Boulevard in Nassau for an official presentation to Ronnie Butler, who was over the weekend inducted into the Caribbean Hall of Fame. Minister Dr. Danny Johnson was overwhelmed with the honor for Ronnie, who sat beaming at the achievement… both men addressed the media in a press conference yesterday.

QUOTES. To cap it off, as Ronnie Butler exited the elevator there was a fanfare of music by the Bahamas All Stars who played Bahama Rock and Age Aint Nothing but a Number for a dancing, singing inductee… even the wheelchair could not stop his groove. Ronnie with friends like Fred Ferguson who wrote and produced ‘Ooh Look What you Do to Me’; Charles Carter, a veteran broadcaster who championed the cause of Bahamian music and who told us recorded Bahamian music celebrates its 100th anniversary on Sunday November 2nd and Craig Flowers, noted Bahamian pilot and businessman who is a childhood friend of Butler’s were all there and gave remarks.

For the next two weeks, Turquoise Morning will feature highlights from our trip to Jamaica courtesy of InterCaribbean Airways… adoring fans singing the greatest hits of Ronnie Butler, highlights from National Tourism Month here in the TCI and my one on one, candid interview with Ronnie at his home in Chippingham.