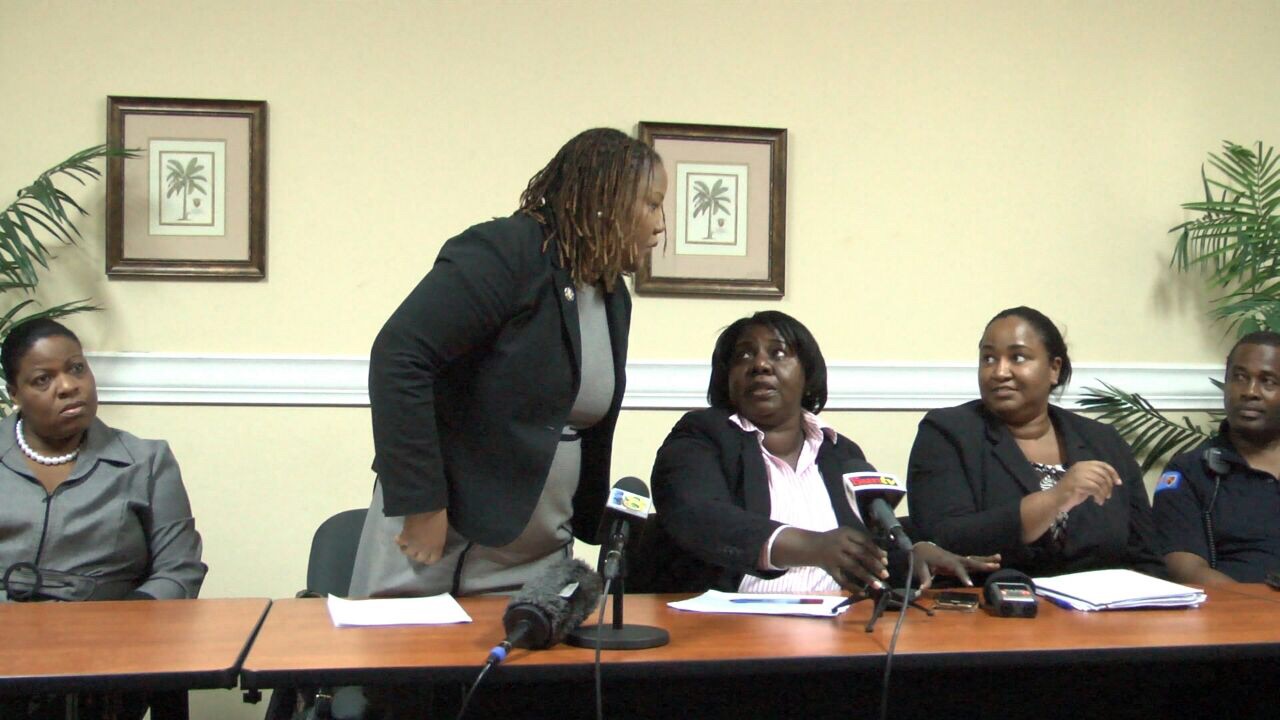 Providenciales, 07 Oct 2014 – Apologies coming from a thirteen member health team led by Health Minister Porsha Smith today in a packed room where a long overdue press conference was held… The Minister assured that her team is working hard behind the scene and promising to be more visual with the awareness campaign, more diverse in the educational style and more forthcoming with the media on what are arguably, three of the most talked about illnesses in the Western Hemisphere.

Chikungunya is now with about 100 suspected cases in the TCI, though getting that tally was tough as Epidemiologist, Dr. Terese Maitland danced around the actual figures. No new number given for Dengue Fever which is the worst of the two mosquito borne illnesses in the Turks and Caicos and as for Ebola, there are no cases, no suspected cases but already screening of European and American flight passengers who may have a history of travel to West Africa have begun. Permanent Secretary Desiree Lewis explained that over half a million dollars may have to be spent for protective equipment and gears for Ebola Virus, Dengue Fever and ChikV for health workers; this includes she said, legislative changes which are coming pretty soon.

Dr. Maitland confirmed that TS Critobal’s flood waters and the usual rains of September have made matters worse when it comes to the mosquito viruses… she also confirmed that the Turks and Caicos has not reported to CARPHA for 12 weeks, explaining that they are and I quote, “collating numbers…” this is what Magnetic Media was told over three weeks ago. The figures are changing frequently she explained. While the tone of the press conference started on an apologetic note … that turned to something different when reporters were informed that each media house would only get two questions and when that quota was surpassed, Minister Porsha Smith advised her Director of Medical services, Dr. Nadia Astwood not to respond to any more questions and even stood up and motioned to leave the press conference after a verbal squabble with press.

A startling move… We asked about the Ministry of Health’s stance in the matter surrounding the death of Annamae Williams, who tested positive for Dengue Fever… Dr. Astwood gave condolences and only a vague comment that she could not comment. It was confirmed that fogging supplies are low… it has been talked about in social media that there were no chemicals for spraying… Minister Smith said some chemicals will arrive by weekend and a local supplier has agreed to source the government as a back-up.