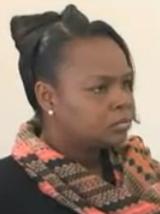 Providenciales – First out of the gate for the 2016 General Election is the People Progressive Party; newcomers who debuted on the Turks and Caicos political scene in 2012. An official campaign was on Saturday launched in a hunt for candidates in the next general elections; the Deputy leader of the People Progressive Party, Dorell Pratt Delancy put out a solicitation for the interested on social media this weekend.

The conjecture on the appeal ranges from disbelief to playful submissions to firm replies by the Deputy of the PPP that she is serious and that as the second in command, she has a job to do for her party. Mrs Pratt Delancy, who hosts a radio talk show and was candidate in The Bight for the PPP in the 2012 general elections said: We have gotten interested people from both sides and I just want to say “Everyone is welcome”. A gmail account is given for the interested to submit. Dr Edward Smith, also a 2012 PPP candidate now heads the party as leader… this new leadership slate replaces Harold Charles who resigned in August last year and Zhavago Jolly, who was replaced by vote in January by Dr Smith.