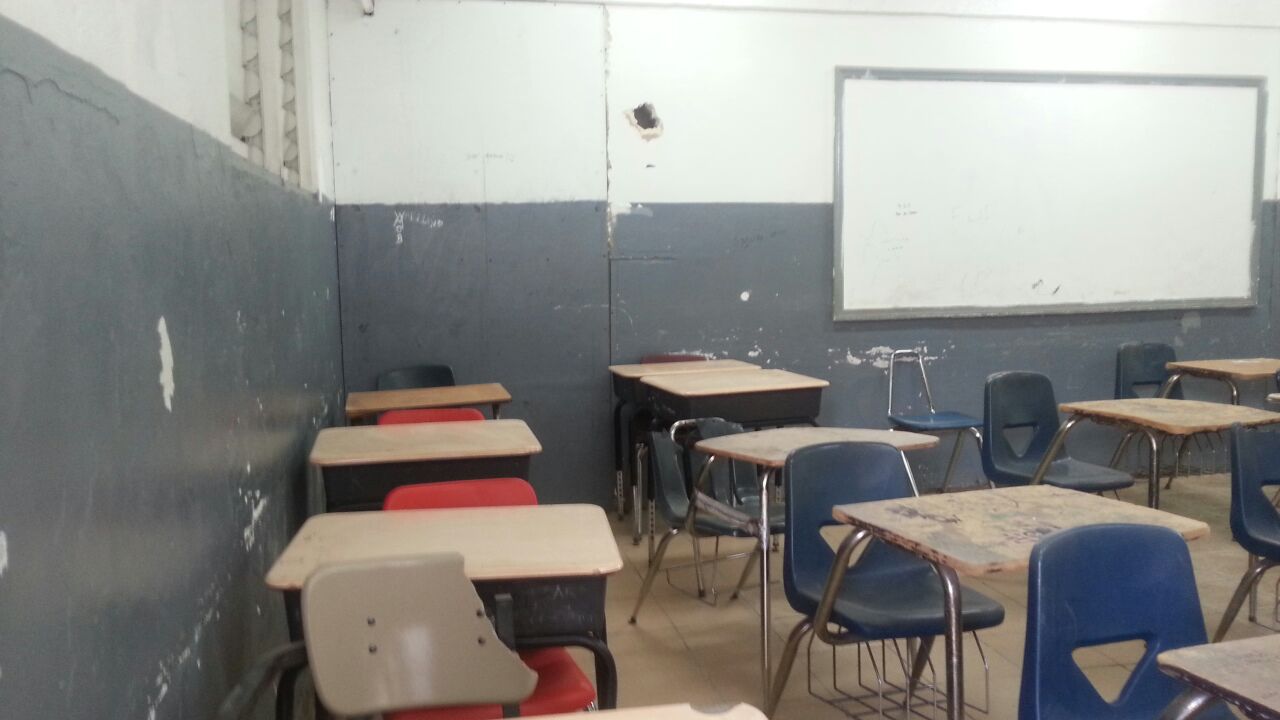 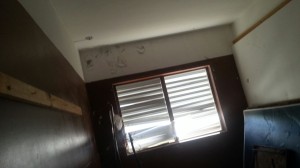 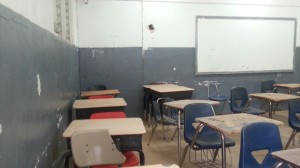 Providenciales – Hundreds of students this morning file back into the government school system after a one week delay and for many of them, the institutions will still not be ready. Contractors hired to rush the work to completion, when we checked on the weekend were unable to get the jobs done fully… partly to blame, the unexpected damages in the aftermath of TS Cristobal sapping the human resources of Public Works… but also the late start year after year in the refurbishment of government schools over Summer break. Some of the damages we saw, same as from the start of the last school year… destroyed desks, insufficient seating, broken chairs, busted windows and doors, graffiti on the walls, paint jobs needed, water logged and halfway fixed kindergarten playgrounds, inoperative ceiling fans and at Clement Howell High School, that bathroom block is not yet done…the area cordoned off as that construction continues. Government’s budget for the work at these 14 schools far too low, heavily criticized, and said to be only a third of what is actually needed to get the schools in solid shape. Officials quiet going into the weekend… but we are expecting to hear officially from Public Works and the Ministry of Education. Making matters worse, the muggy weather which continues to create localized flooding and makes getting to school quite a chore in an area like Blue Hills where the community is not pedestrian friendly; students have to walk in the streets. Nonetheless, educators and students are encouraged to perform well… even reminded to take care of these schools.