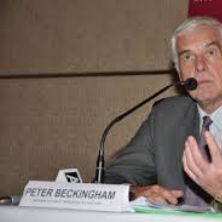 Turks & Caicos, 24 Sept 2014 – The Governor sending a warning and informing media yesterday that despite complaint from a member or members of the House of Assembly regarding the job given to a Civil Engineer within the Government Support Services Ministry; there is a formal letter of appointment requesting the UK advisor to stay on and it was issued this past May. It was on Monday, during HOA debate that Min George Lightbourne said he was prepared to debate in July that there is no need for the high priced salary of Norman Watts, who is being paid $99,000 per year according to the budget, with a projection to increase that salary next fiscal year to $110,000 per annum.

HE Peter Beckingham in that statement reminds that indeed he is head of the public service and, I quote now: “In accordance with the practice in place in the public service, his engagement letter, reflecting that earlier agreement, was sent to him prior to his new start date … all agreements and arrangements were concluded prior to the end of Mr. Watts contract in June and prior to the budget debate in the House of Assembly. As recommended by the Ministry, Mr. Watts was placed on a month-to-month basis for a period of one year.”

This letter, to which the Governor is referring could not have come from the Minister, as admitted by the Governor in his media information… it is against the laws laid out in the Integrity Commission Ordinance for any member of the House, Minister of Government or Premier to appoint to a position in the public service at their direction… in fact, their involvement is seen partisan interference and criminal. The governor goes on to say, Watts who in 2013 received a BEM or British Empire Medal from Governor Ric Todd, has a vital role to play in seeing through projects which benefit the infrastructure of the islands… and that it is agreed there will be a handing over period so that Watts can exit TCI Civil service seamlessly.

In the end, it is confirmed that even with debate in the House, the Minister cannot decide who works within his ministry… and his contribution could actually be viewed as contravention of the law.