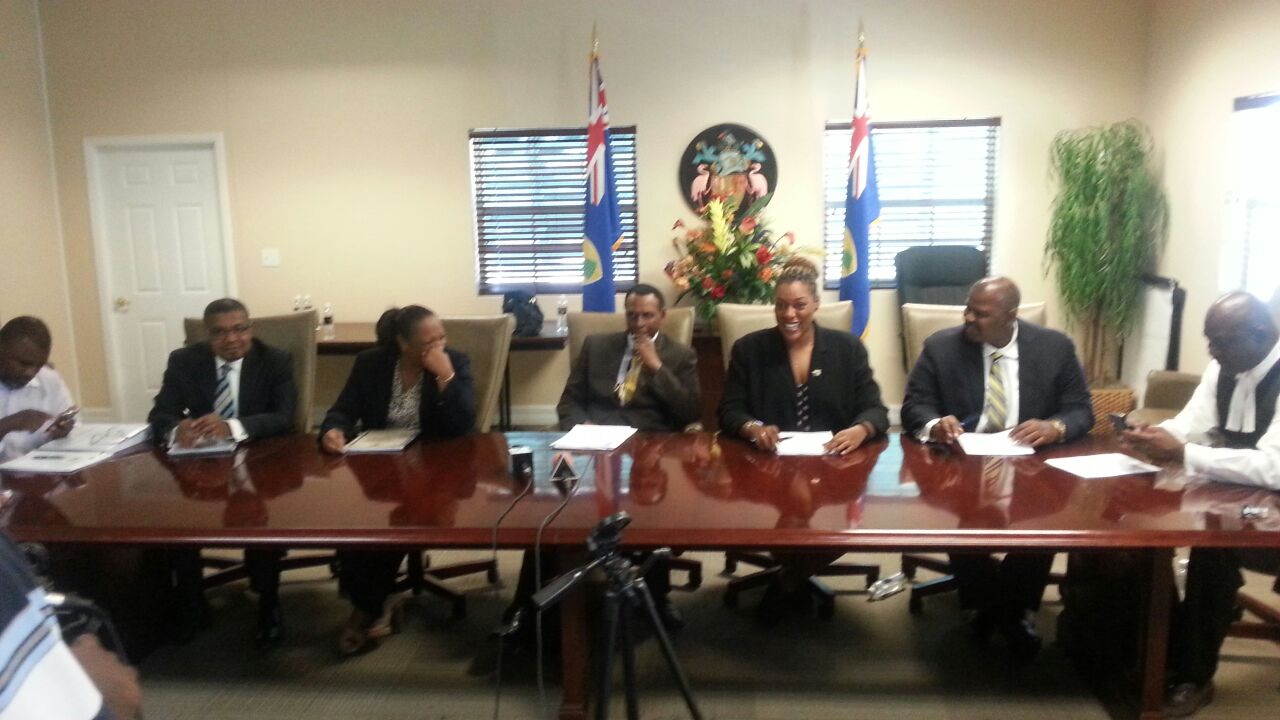 It is ambiguous, it is inconsistent, it is regressive and it is ridiculous… some of the criticisms already being levelled by the chairman of the now officially activated, Constitutional Review commission, Daniel Malcolm Sr. These strong expressions coming ahead of a public consultation process, which begins next week Tuesday in Grand Turk.

Malcolm, pulling no punches this afternoon in a press conference held at the office of the Premier where media got an uncommon candour about the British and the 2011 constitution many believed was thrust upon the people of the country after a heated consultation; which you may recall at one stage actually led to a mass burning of the proposed document outside of the Gus Lightbourne Gym. Mr Malcolm took his time to officially introduce his team which he described as strong and the best… reminding that he was a part of the first constitutional commission and that this was not going to be a cosmetic exercise. The public commanded to show up at the seven meetings planned for the islands and settlements nationally… the media commanded to get the word out.

There with the chairman were, from the PNP side, Hon Don Hue Gardiner, Border Control Minister and Member from North and Middle Caicos; Hon Akierra Missick who is Deputy Premier with Education, Youth, Sports and Library Services in her portfolio as the member from Long Bay and Leeward; Carlos Simons, QC Deputy Leader of the PNP party and all island candidate in the last general elections – all are attorneys by profession.

The secretary of the commission is Tracey Parker, Clerk of the House of Assembly; the final document will be debated in the House and a deadline is set for November 15.