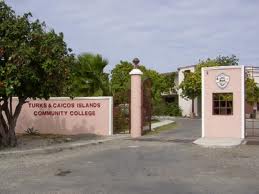 Ten scholarships and equipment purchase can now happen thanks to that recent fundraiser by the Turks and Caicos Islands Community College… the event support and donations which streamed in amounted to over 64 thousand dollars for the tertiary level institution, and with around ten thousand dollars expended to put on the dinner held at the Regent Palms, the board proudly unveiled a whopping $54,778 dollar cheque at the college yesterday.

The main message from the executives: Thank you. One friend of the college donated $20,000 after promising to match funds raised.

Plans are already underway, according to Chairperson, Claudette Cleare to follow up with 20th anniversary plans where the focus will continue to be on monies to support more scholarships and campus modernization.