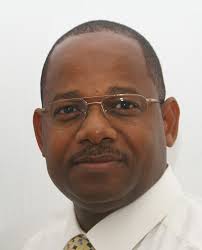 Clearing the air again about rumors surrounding the work on the Providenciales airport that it has fall short of funds to the get the job done, CEO of the Airports Authority, John Smith told media that work on the country’s main air gateway is right on schedule and on budget.

The work which is estimated at $10 million is expected to expand the airport almost 2 times its original size, stretching it from 51, 000sq. ft to 91,000sq.ft.

The expansion is announced for completion by Winter 2014.