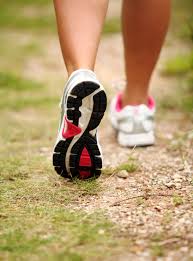 PROVIDENCIALES, TURKS AND CAICOS, OCTOBER 8,2013- Supporters of the Cancer Society made their struts in the early hours from Gracebay to Ashcroft School…and for the late starters, People Incorporated TCI, had their walk supporting mental ill-nesses from CIBC First Caribbean Bank to Butterfield Square Downtown.

The walk was supported by Minister of Health Hon. Porsha Stubbs-Smith and Opposition Leader Hon. Sharlene Cartwright, who both echoed the need for legislative amendments to accommodate the needs of Turks and Caicos Residents diagnosed with mental illnesses.

The Department says mental illness and substance abuse represent some 75-85 percent of Turks and Caicos residents.