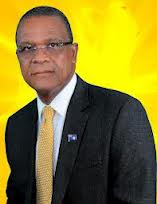 It is not a game, it is serious business…

These were the words of Finance Minister, Hon. Washington Misick as he explains the need for the decision made between he and the Premier, Hon. Rufus Ewing.

Following discussions the Finance minister will no longer have Lottery & Gaming as part of his portfolio… it is now transferred to avoid any future conflict of interest that could tarnish his integrity or that of the government.

This change had originally been expressed months ago following the PNP administration’s announcement that they would be freezing new licenses for gaming in the country until there is better legislation to regulate it. It had been met with criticism then, as the finance minister has links to the Casablanca Casino and had pushed other gaming facilities in the country prior to being re-elected.

At the time, the PNP Administration revealed that some of the new developers had expressed an interest in having gaming as a part of their resort amenities. The responsibility of Gaming & Lottery will be officially transferred to the Premier and Minister of Tourism Hon. Ewing, effective today October 1st.