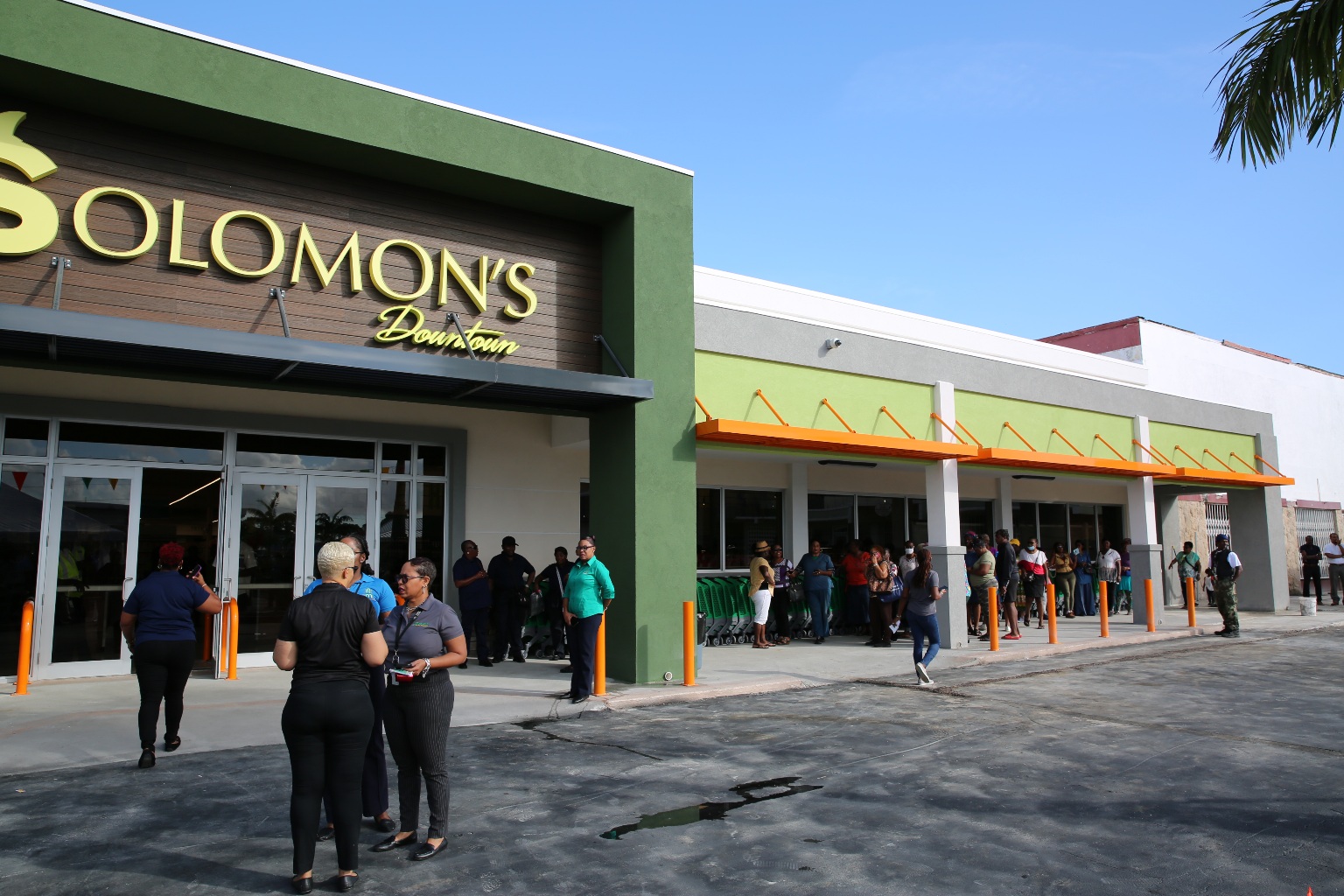 “Ladies and gentlemen, this is a big deal for Grand Bahama Island and for Pineridge.  It is a big deal because we all recognize that the relocation of Solomon’s to the downtown area will have a tremendous impact on businesses in downtown and surrounding areas,” she said. 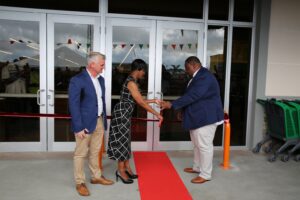 “We all know that this is not an opening.  What it really signifies is the long-awaited rebirth of Downtown,” Minister Moxey said.  “This moment brings downtown alive, as I have outlined in my 10-point agenda for Pineridge, because I’m sure many of you know by now that this is Pineridge.

“This food store has been and still is the lifeline for downtown.”

Minister Moxey, who is also the Member of Parliament for Pineridge, pointed out that the building, which housed the former Winn Dixie Food Store, is the great connector as the nucleus of the island’s commerce centre and catalyst for the revitalization of downtown Freeport.

“It connects nearby communities who were accustomed to walking to the grocery store.  It connects those from east end to west end who hopped on the bus, did their shopping and returned home.  It was the engine for commerce in this area, and I dare say, it fed the transportation system; the buses, the taxis and the surrounding shops,” she said.

“The residents in Grand Bahama have been long awaiting this day.  We have been counting down the months, days, hours and minutes to this wonderful grand opening.”

Exactly four weeks ago, Minister Moxey was at that same venue to attend the renaming ceremony of the downtown building by the Milo B. Butler and Sons Investment Limited Company, following the transformation of the 32,000 square-foot building to the retail and office space.

The Minister for Grand Bahama declared that with the Solomon’s Downtown opening and the projects on the table, Grand Bahama is back and she commended AML Foods Limited for their devotion to the island and the people of Grand Bahama.

AML Foods Chairman Franklyn Butler thanked Minister Moxey, the executives of the Grand Bahama Port Authority, the Board of AML Foods and the Butler Family for helping to make the vision a reality. 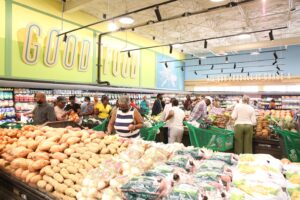 Having been in Grand Bahama for the last 25 years, Butler said there is no question that AML Foods is committed to the people of Freeport for the next 25 years and beyond.

“The opening of this downtown Solomon’s has been a three-year journey which has resulted from the damage of Hurricane Dorian to our former Queen’s Highway location,” he said.

Butler further revealed that all of the management for the new store is home-grown talent within the AML Food system and AML has invested in excess of $4million in its downtown store, with 90 per cent being expended on project teams and businesses in Grand Bahama.

The opening was capped off with the sounds of cheers from eager waiting shoppers and the pulsating sounds of Junkanoo as residents moved to the beat as they shopped.

Header: Scores of customers waited on the outside of the new Solomon’s Downtown Thursday, December 1, 2022 while the official grand opening ceremony was underway to be one of the first to see the new store and take advantage of the deals.

1st insert:  Minister for Grand Bahama, the Hon. Ginger Moxey, was on hand for the ribbon cutting ceremony during the grand opening of AML Foods Solomon’s Downtown location in Grand Bahama on Thursday, December 1, 2022, much to the delight of eager waiting shoppers. From left are AML CEO Gavin Watchorn, left, Minister Moxey, and AML And AML Foods Chairman Franklyn Butler.

2nd Insert: A number of residents on Grand Bahama made their way down to the new Solomon’s Downtown location on Thursday, December 1, 2022 to have a first-hand look of the new space and shop.

JAMAICA: Government Strengthens Response to Substance Use Among Youth