#TurksandCaicos, October 6, 2022 – The press office of the Police acted quickly to debunk a voice note circulating around the islands on Wednesday afternoon, claiming to be a warning to stay off the road that night, as fake.  But residents in the Turks and Caicos say it’s evidence of a bigger issue: the breakdown in police trust because of information leaks in the Force.

“Hey gentlemen, what’s going on?” The voice note begins. “I just got a important call from somebody to please stay off the road today to try and get home as early as possible.  They say they can’t give me no 100 percent details but they say stay off the road, whatever’s going on they can’t tell me over the phone.”

Later in the voice note we learn that the unnamed “they” is a police officer, according to the voice reporting the information in the 33 second message.

There is no verifiable information on who the individual was speaking to and trying to warn or who passed on the information to them. It is also unknown who is speaking in the message, which circulated like wildfire on Wednesday 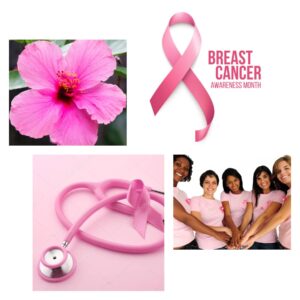 The Royal Turks and Caicos Islands Police, however, denied it was genuine information in a statement around 5 o’clock p.m.

Superintendent Grantley Williams who is in charge of Crime and Public Protection was quoted: “ The public needs to desist from circulating these unsubstantiated voice notes that are causing chaos, spreading paranoia and putting additional strain on an already nervous and edgy population. . Should there be any official exercise which may cause disruption, the RTCIPF will inform the public.”

But the damage was done, reactions poured into Magnetic Media, nearly all residents said they were taking the voice note seriously despite the dismissive press statement.

“The police sent this out but nobody in their right mind going listen to them.  They couldn’t stop a van full of killers from Long Bay to Down Town and then into Kew Town so you know we ain’t listening to this press release.. I done home from an hour early. I’m taking the voice note seriously even if nothing happens,” One person claimed.

Several other residents were of the same mind.

“Listen, since all of this started, I make sure the sun does not go down with me outside my home.”

Others said information sharing was a part of crime fighting and there could be virtue in the clip.

“Obviously everyone knows someone, some people I’m sure know these shooters and who they are, family members of those who were shot are probably saying what they are gonna do to get back at these killers. I think this is how the talks get around. We can’t take it for a joke because we just do not know.”

The Government this week acknowledged that there are leaks on the force and say they are putting in place nets to catch unscrupulous officers.