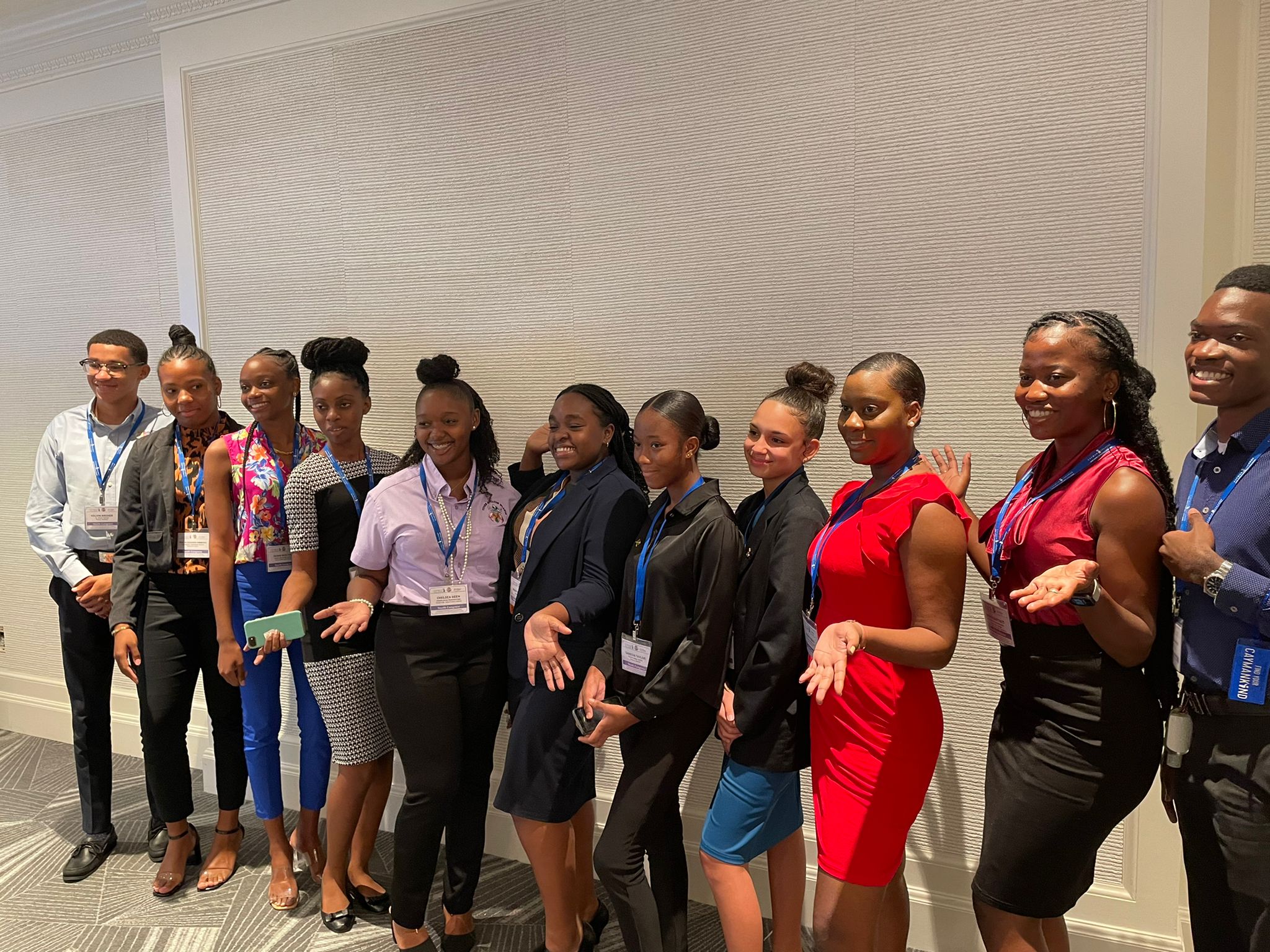 #TurksandCaicos, September 16, 2022 – The Turks and Caicos Islands shone bright in the Cayman Islands at the Caribbean Youth Congress – represented by both Danae Dennie and Chelsea Been. 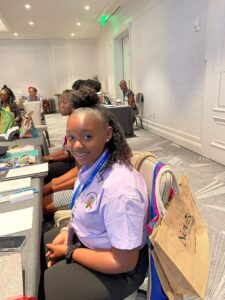 In 2019, then 15-year-old Danae Dennie of the Helena Jones Robinson High School made history at the CTO’s Caribbean Youth Congress in St. John’s, Antigua by becoming the first ever Turks and Caicos Islander to win the competition and be selected as the Junior Minister/Commissioner of Tourism for the Caribbean Region.

As a result of winning, now 18-year-old Dennie was the Chairperson of the CTO’s 2022 Caribbean Youth Congress and had the opportunity to provide her year in review.

During her reign as the Caribbean’s Junior Minister of Tourism, Dennie attended a National Association of Black Hotel Owners, Operations, and Developers’ (NABHOOD’s) conference in Miami, travelled to Montreal for the International AIDS Conference, and completed internships with Margaritaville and Ambergris Cay, amongst other things.

“I am so happy that the CTO was able to hold the Caribbean Youth Congress in person this year and it was an honour to be able to chair it. Chelsea and the other participants did exceptional jobs and I am immensely proud of them”, said Danae Dennie. “My time as the Caribbean’s Junior Minister of Tourism has been exhilarating and I have learned 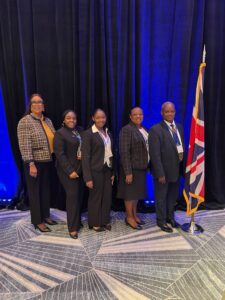 so much. I am grateful to all who have supported me and I am ecstatic to have made the TCI proud”, Dennie added.

TCI’s Junior Minister of Tourism, Chelsea Been delivered a captivating presentation where she persuasively articulated her vision for the future of tourism which included an artificial intelligence-powered tourism-focused mobile app that recommends activities to tourists based on their actual interests, the incorporation of augmented reality and virtual reality into excursions and tours to facilitate more immersive experiences, as well as the introduction of non-fungible tokens (NFTs) – digital artifacts that can be utilized as proof of travel and provide tourists with value post-travel, such as digitally re-experiencing areas they visited in-person in our own “metaverse.”

“I am so honoured to have been able to represent my country on the regional stage while in the Cayman Islands” said Chelsea Been. “Participating in the CTO’s Caribbean Youth Congress was an incredible experience and I am confident that the ideas generated for the Turks and Caicos Islands will reap major benefits for our tourism industry, once implemented”, added Been. 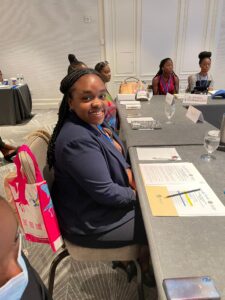 “We are extremely proud of Danae Dennie and Chelsea Been. In their respective roles, they showcased composure, poise, and passion”, stated Turks and Caicos Islands Tourist Board’s Training Manager, Blythe Clare. “These two Junior Ministers of Tourism of the Turks and Caicos Islands represented our country superbly and we look forward to them imparting their knowledge on our next Junior Minister of Tourism”, Clare added.

The CTO’s Caribbean Youth Congress is a developmental competition that is designed to mirror a CTO Board of Directors’ Meeting and seeks to stimulate greater awareness of and excitement about tourism amongst Caribbean youth. The annual event invites 14-17 year-old students from CTO member countries to share and discuss their ideas and visions as it relates to guiding the direction of Caribbean tourism – all while competing for a chance to be a youth ambassador and the Junior Minister/Commissioner of Tourism for the Caribbean Region.