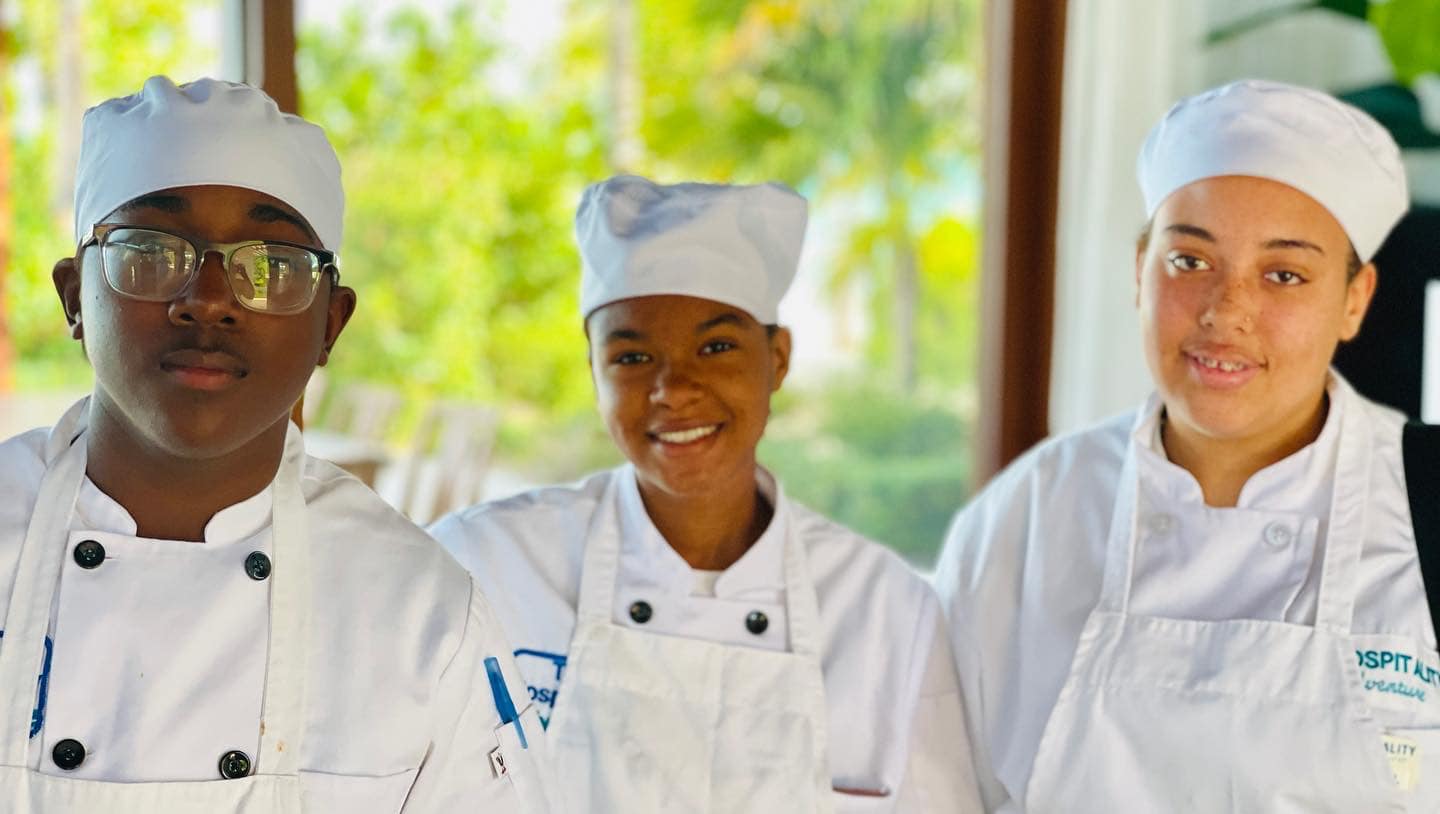 Providenciales, Turks & Caicos – The TCHTA successfully relaunched the TCI Hospitality Adventure Camps this July with an overwhelming response from the general public.

The TCI Hospitality Adventure program has run its signature Jr. Lit’l Chefs (12-14), Lit’l Chefs (15-19), and Spa & Cosmetology camps (14-19) since 2015 and has become a trusted gateway for introducing young men and women to these coveted careers in the Hospitality sector. 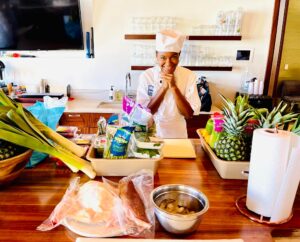 On hiatus due to the global pandemic, the camps resumed after a two-year break with registration opened on June 27th.  TCHTA CEO, Stacy Cox, says the camps were filled in less than a week of registration being announced, “We know that these programs are beloved by the community, but we were reminded this year just how much Turks & Caicos has wrapped its arms around these programs. It was a pleasure to see the overwhelming response and it assured us that we are in the right direction with what these camps provide to our industry and the country at large.”

The response was considerable enough that the TCHTA decided to add a second round of the Jr. Lit’l Chefs Camp to accommodate the demand. While this challenged the organization with finding additional chaperones, extra transportation, and permission from member resorts and businesses to allow more campers in their kitchens and busy operations, the team is filled with smiles looking back at the success of the past few weeks and the joy it brought to the pre-teens and teens that took part.

“This year, our member resorts and supporting businesses are much busier than they have been historically during this period, so we extend special thanks to them for allowing their Executive Chefs and teams to give the extra time to host more campers this year,” said TCHTA President, Trevor Musgrove.  “Of course, the TCHTA takes responsibility for transporting the teens to and from the respective locations each day, so we also needed more help in this area. My team at Discovery Tours was able to provide that service throughout, and I’m personally happy to have been able to meet the campers and even drive them myself. Interacting with them brought a lot of pleasure, and I’m proud that we have continued this important program.” 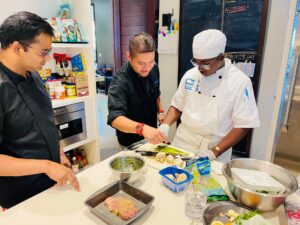 Massages, Facials, Tennis playing, and Yoga for the Spa campers.

Tendra Musgrove, Chair of the TCHTA’s Education Committee, hosted a lunch with the Spa group on their day’s visit to the Shamballa Spa at COMO Parrot Cay, and says it was one of the best-spent afternoons she’s experienced this summer, “This program brings so many of us joy because we see first-hand the campers’ minds expanding to the possibilities in the industry that they had not taken into consideration before. Our goal in the TCHTA Education Committee is to ensure we can pique the interest of our youth and educate them on the merits and vast opportunities of working in this country’s number one industry. Our Hospitality Adventure Camps do just that.”

One of the program’s biggest highlights is always the Lit’l Chefs Camp’s Mystery Box Competition. At the end of this camp which hosts the older teens, the competition allows them to exercise the skills they have learned throughout the week in true competition style. This is fitting, as the top two Lit’l Chefs are then afforded mentorship and internship opportunities with the Senior Chefs throughout the year, and accompany TEAM TCI, the TCHTA’s Culinary Team, at overseas competitions.

This year’s battle took place at the magnificent Hawksbill Villa, sponsored by The Source, Ltd. After the two-year hiatus, the competition also served as quite the reunion bringing TEAM TCI’s chefs back together in a very familiar setting, igniting their desire to be back on the competition trail.

After hours of battle, Ethan Lightbourne, reigned victorious and walked away with the Top Chef position. The organization looks forward to seeing Ethan’s culinary journey continue.

“There is never enough thanks to share with our members for hosting our children for these camps. A special ‘thank you’ to Chef Craig Nazareth of Beaches Resort for filling the shoes of Chef Colin Watson who is no longer on the ground with us, and to Chef Edwin Gallardo of Seven Stars for another year of service to the program. You guys are 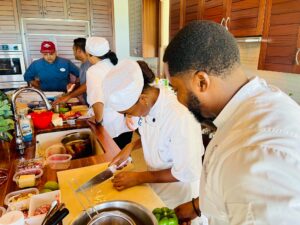 Rock Stars and we can’t wait to see what you do with TEAM TCI when competition arenas are available to us once again,” said Stacy Cox.

Chefs Charles Joseph, Kristin Green, and Wayne Gardiner who are alumni of the Lit’l Chefs Program served as Mentors this year, with Wayne ‘paying it forward’ by sponsoring a teen to be a part of this year’s camp.

You can find a video highlighting the program’s start on the TCHTA’s Facebook page, @officialtchta. The video features Mrs. Angela Musgrove, who was at the helm and created the TCI Hospitality Adventure Program which later became a partnership with the TCHTA.