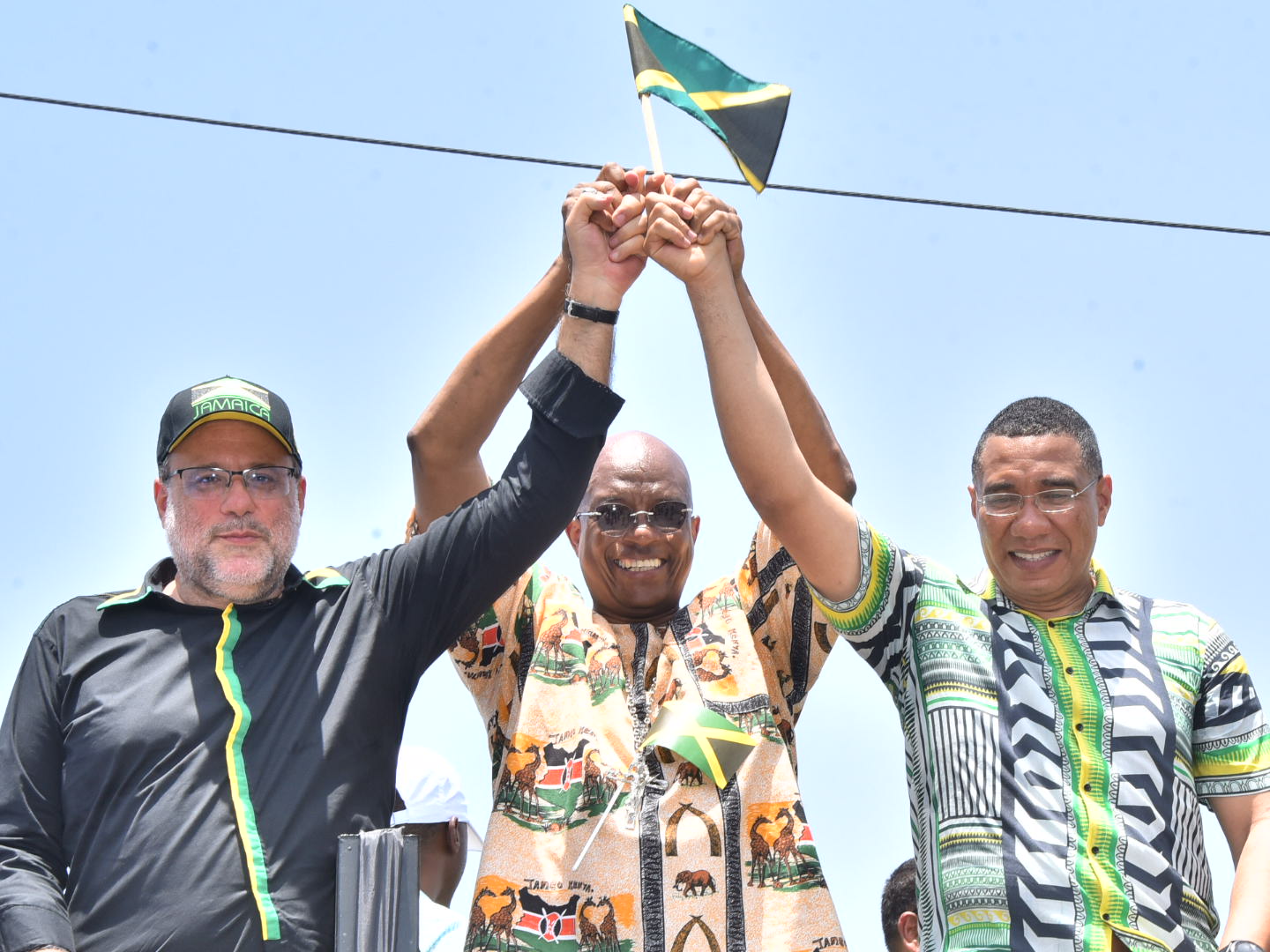 #Kingston, Jamaica, August 2, 2022 – It was a resplendent display of national pride, jubilation and all things Jamaican, as the Independence Float and Street Parade made its historic return on Monday (August 1), in the streets of Kingston. 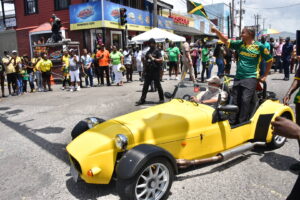 Onlookers, unfazed by the 92-degree temperature in the nation’s capital, lined the various streets along the route from the Ranny Williams Entertainment Centre, through Hope Road and Half-Way Tree to the National Stadium Car Park.

From their workplaces, homes and all the areas they stood waiting, they waved flags, danced with participants, and used their cellphones to capture the moments as the spectacle passed by.

Leading the float parade was ‘Crime Stoppers’, by the Jamaica Constabulary Force (JCF), which represented the reassurance and confidence in the JCF and what it provides for the country. It was designed and built by Clinton Smith.

‘Sounds of Jamaica’ by Larry Watson paid homage to Jamaican music from 1962 to present day, such as ska, rocksteady, reggae and dancehall. Behind it was ‘Reap What you Sow’, also by Larry Watson, representing the ingenuity, self-reliance and resilience of Jamaican culture using agriculture.

Also participating in the float parade were ‘Bridge to Progress’, ‘Sweet Jamaica’, and a ‘Balloons in Unity’ float which was designed by international balloon artiste, Guido Verhoef. 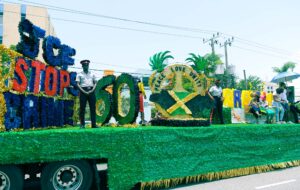 A major highlight of the occasion was a stop in Half-Way Tree where hundreds gathered, and Prime Minister, the Most Hon. Andrew Holness, participated in a release of doves as a symbol of peace and unity.  He was joined by Minister of Culture, Gender, Entertainment and Sport, Hon. Olivia Grange; Opposition Leader, Mark Golding; Archbishop of Kingston, Kenneth Richards; Mayor of Kingston, Senator Councillor Delroy Williams; Commissioner of Police, Major General Antony Anderson; Chief of Defence Staff, Jamaica Defence Force, Rear Admiral Antonette Wemyss-Gorman; Miss World 2019 and Queen of the Parade, Toni-Ann Singh; representatives of the youth of Jamaica and others.

“Today we commemorate and celebrate our freedom [and] our march towards nationhood. We are a proud people, a strong people and today, the sun shineth,” the Prime Minister declared.

The theme for the Independence Float and Street Parade was ‘Reigniting a Nation for Peace, Love and Unity’. It was a precursor to the Grand Gala, which takes place on Independence Day, Saturday, August 6, at the National Stadium. Some 30,000 spectators are expected to be in attendance.

2nd insert: The Jamaica Constabulary Force’s float, during the Jamaica 60 Float and Street Parade in Kingston on Monday (August 1), was intricately designed and called for peace, love and unity in Jamaica. Photo: Dave Reid