#TurksandCaicos, March 24, 2022 – It is indisputable; there is simply not enough space within the uncomfortable facility we call the Providenciales International Airport and not enough room on its extended tarmac either, but you don’t have to be directly at the PLS for the pressures and frustrations of the congestion due to thousands of travellers and over a dozen flights to adversely affect your travel plans.

While everyone agrees this is a time to celebrate, as the demand for the destination is at an all-time high, everyone we have interviewed also agrees the mismanagement of the boom is increasingly becoming a reputational risk threatening to derail the prosperity.

Private airports or Fixed Base Operators say the lack of planning and hours long bans on private aircraft into and out of Providenciales, is maddening and expensive.

“On weekends and particularly Saturdays with the TCIAA imposed ban on all General Aviation aircraft arrivals, many of our clients are made to wait on ground at their point of origin for many hours, some having their flights cancelled as the crew runs out of duty hours.”

Roger Murphy, General Manager, Blue Heron Aviation shared the impact on private air operations is significant and it is impacting the reputation of Turks and Caicos as a leading private jet destination.

TCI consistently ranks in the Top 3.

“The aircraft operators themselves (are) losing flights as the aircraft cannot make the turnarounds in a timely fashion.  So revenue is being lost all around and inconvenience to the top 15 per cent of the High Net Worth individuals coming to the TCI – we are concerned this will push the traffic to other less restrictive destinations.”

Veteran FBO operator Deborah Aharon, CEO of Provo Air Center shared similar sentiments, adding that it is costly, it is a negative strike on the country’s standings and it is also unsafe.

“Of the average 25 planes we have on Saturdays, only three or four of them manage to get in on schedule, and that’s if we’re lucky.  The airport NOTAM blocking private traffic between 12-5pm forces the private jets to try to get here before 12.  Most of them try to come between 11 and 12.  With so many flights expected at the same time, the FBOs have to use all their staff and start them early in the morning.” 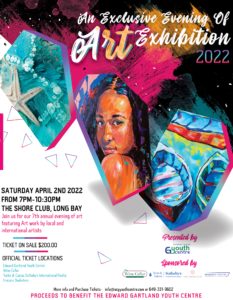 “What happens next is that the FAA sees the potential congestion and institutes flow control, ie they only allow a few jets to depart for Provo at a time.  This means that the rest of our expected jets are delayed until the block is in effect, and now they can’t land until after 5pm.  With flow control still in effect, they start landing after five and continue far into the night.

This forces the FBOs and the tower to keep their staff on long past their usual time – costing money in overtime and ensuring that everybody is extremely tired.  It’s not safe or healthy,” said Aharon on Wednesday.

In two days, the heavy flow of guests through the Providenciales International Airport returns.  The guests are welcomed, the headache the lack of space at the facility creates is not and according to the Turks and Caicos Hotel and Tourism Association, TCHTA this buoyancy continues throughout April.

“We are concerned in a big way, but we know that there are limitations to the existing structure.  We are optimistic that in working with the new CEO some agreeable solutions may be found to resolve the congestion,” said Stacy Cox, Executive Director of the TCHTA.

Godfrey Smith, new interim CEO of the Turks and Caicos Islands Airports Authority joined the team mere months ago.  The problem at the airport is a legacy issue, and he says he is working to rectify it.  The TCIAA also admits to tough decisions related to the FBOs and their decision on the ban of private aircraft is driven by the fact that 96 per cent of guests arrive by commercial flights.

“The decision to put a small exclusive time frame to such air carriers (ONLY) had been implemented for Saturday afternoons to support the vast majority of passengers, taxi-cab operators, and hotel workers. Be clear on this matter, this restriction to FBO operations is for ONLY on SATURDAYS; and ONLY between 12 and 5PM; and is ONLY applied to INBOUND FBO operations. Also, for information TCIAA has been in discussions with FBOs on this matter and the decision is whether the greater impact of this very small window is to the majority visitors to TCI. The TCIAA has waived this this rule in many cases to accommodate FBOs when requested and appropriate,” informed a statement issued yesterday afternoon (March 23).

But for Provo Air Center, which has won numerous global and regional awards for service standards as an operator in destination Turks and Caicos, the fall out due to the private flight ban is a problem in need of equal attention and priority.

“Provo is one of the busiest destinations for private jet traffic in the Caribbean, and the majority of it is charter traffic, ie planes that are not actually owned by the visitors, just rented. Delaying charter flights costs the operators a lot of money – their pilots run out of duty hours while sitting on the ground and the operator has to scramble to find fresh pilots.  They can’t complete their drop off in Provo on time and proceed to their next scheduled job, and it has far reaching financial consequences.  That only needs to happen to them a few times before they learn to stop accepting charter requests to Provo.”

This weekend, it will be worse as Turks and Caicos goes from over 4,000 guests to 13,000 arrivals on Saturday and Sunday.

“TCIAA is well aware of the importance of save guarding our tourism product. The hard-working team at the Authority are diligently working each day to mitigate the current situation…” and it was reiterated, “… the airport in Providenciales is an important economic engine for the overall continued success of these islands. The Ministry, Board of Directors, Executives, the Management and staff of the TCIAA are fully aware of its importance, and all are working to give our visitors a better experience.”

It is expected a stakeholder meeting will happen before Saturday.