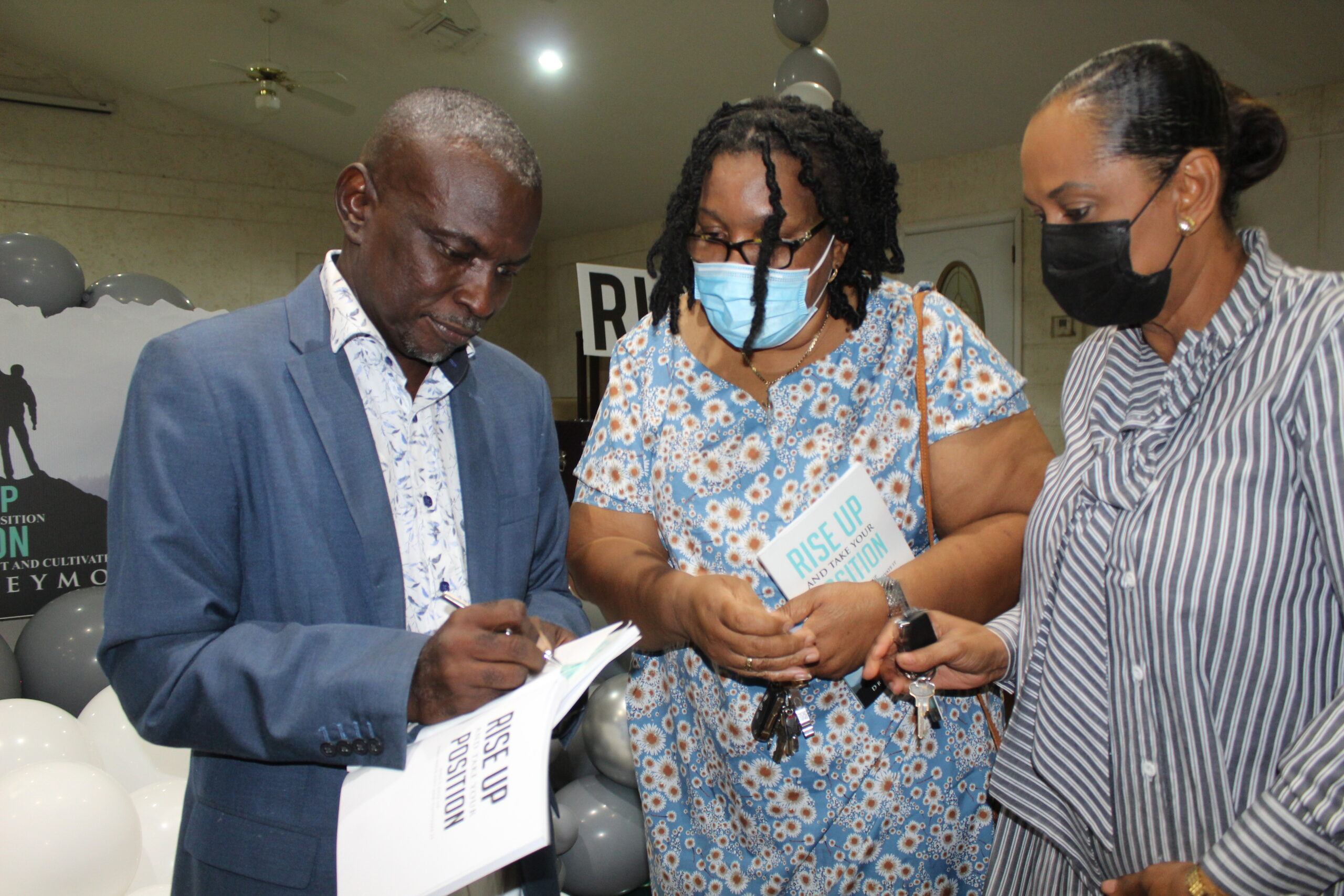 #TurksandCaicos, November 24, 2021 – It was an emotional evening for those who attended the movie premier and book launch of Drexwell Seymour on Friday November 19; a screenplay of amazing honesty, a stellar cast of native actors, peals of laughter, hoots and cheers, standing ovations, tearful tributes and it was not for some famous 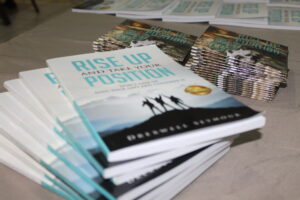 face from abroad, it was all for a son of the soil, who dared to Rise Up and Take his position.

What a moment in history; it opens the door further to the creative talents or some might say the orange economy existent with Turks and Caicos.

Seymour is a numbers man, an accountant by profession usually but he took on a fear and began writing and now his first contribution to the literary world is a best-seller on Amazon, as a short read motivational must have.

‘Rise Up and Take Your Position’ was officially launched on Friday and among those in attendance was Seymour’s family including his eldest and only daughter who simultaneously celebrated her birthday; it was no coincidence Seymour explained.

Akierra Missick,  (at the time) acting premier; Rachel Taylor, Education and Labour Minister and former Education minister Karen Malcolm were among the fans and friends in the audience.

Seymour, who hails originally from South Caicos, when he spoke at the debut said sleeping within so many is giant sized talent and potential. 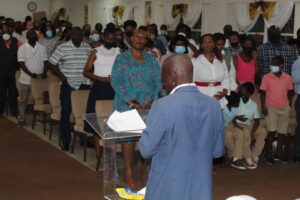 In an excerpt from the 87 page book, he says:  You are not a mistake.  Even though it might feel like it at times, I hope you have come to a realization that you are not a mistake and that there is a purpose for your existence.  Do not look at your struggles as the end game.  It is part of your journey to take you to your destination of purpose.

In a final admonition in the book, Seymour gives ten suggestions to get you out of your seat, one of them reads:  You’ve got to be the one to stand up.  If you don’t do it yourself, then no one else will do it for you.

The book is dedicated to people who may be suffering low self-esteem and inferiority complex.

Drexwell Seymour said “it is time for you to realise that you are a very important person.”

The event was held at Community Fellowship Center church, where Seymour is a member and elder; mistress of ceremony was CherylAnn Forman.