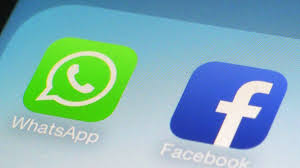 #TurksandCaicos, November 16, 2021 – One of the greatest strengths of any country is the right to freedom of expression, with the ability to exercise those rights without fear or retaliation. Although, this right could become a casualty of war if we fail to protect it or by denying its power.

Local social media in the Turks and Caicos Islands and around the world has been a driving force for change.

Albeit, in some countries, government is monitoring every move, every speech, every broadcast, every publication and every utterance. We are fortunate to live in a country where censorship is not a battle we have to fight.

However, with that freedom of speech and privilege, it comes with a huge responsibility, because what was meant for good could easily be misused and abused.  On a regular basis, we are exposed to hateful speeches, derogatory comments and propaganda, be it by individuals or special interest groups with their own hidden agenda.

What’s disconcerting is when we use this freedom as a means to criticize and disrespect people rather than their actions.  The old adage of “Sticks and stones may break my bones, but words will never hurt me”, is so far from the truth.  Social media is a great sounding board, but we ought to be careful not to argue with useless words or comments that have little or no value.

In order to comprehend and advance the critical issues that are in dire need of attention in our country, we should not only focus on the headlines, but also take the time to weed through the noise on social media to get to the substance.  Sitting down in front of the television set to get your updates from the 5 o’clock news, is no longer the primary medium that grabs our attention. Its social media and television is now secondary.

According to consumer technology association, more people own a mobile device than a toothbrush.  With such easy access to social media, in essence, it’s like having a captive audience.  However, if it’s not used for the good of society, social media will always remain a divisive topic in the public sector.

In recent years, local social media has emerged as a very effective platform for reaching TCI citizens in meaningful and engaging ways. From promoting the agenda of local politicians, to holding them accountable for their actions or lack thereof.  The results of the most recent election in the TCI, is a testament to the power of local social media.

Many local Facebook users and commentators have seized on the opportunity for their voices to be heard. With high 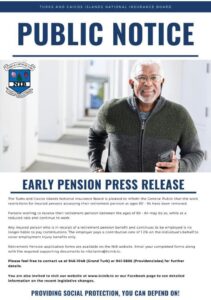 When posting a comment or article in print or on social media, we should be reminded to ask ourselves the following questions;  is it factual, is it enabling and empowering others to action for the betterment of the people or society in general?  Or is it stoking division?

If it’s not offering solutions to our gripes, we need to change our narrative. What we need is more voices of reasoning, activism and problem solvers not just criticism.  Furthermore, we have to find creative ways to get our message across without being disrespectful or demeaning with a greater focus on diplomacy.

Facebook and WhatsApp are very popular platforms which could be used by our local communities to focus on areas of common interest.   Likewise, it should also be used to acknowledge our differences while finding a unified voice and ways to manage them.

In order to accomplish this, as concerned citizens, we have to first identify what are the greatest demands. Only then can we begin to work together against a common enemy rather than fighting amongst ourselves.

We may have differences, but the goal should not be to eliminate them, but to find more common ground that we can all work with and build on shared interest.  We should also be very cognizant of whose narrative we are following or gravitating toward. At some point, our passion for a cause needs to go beyond the number of Facebook likes.

Although we are only a small developing country, we no longer live in a bubble and are now on the world stage.   With that being said, certain comments or remarks are all things that should be given careful thought, as it could adversely impact our delicate tourism sector and the nation as a whole.

There are a number of ongoing struggles that I believe should garner greater media attention. Issues such as certain communities that are being marginalized, better housing affordability, increase in minimum wage, food and gas pricing regulations, crime and punishment and the like.

What I have learned over the years, if you want to get something done and it’s a cause that we truly believe in, then it’s worth fighting for. It cannot be a one off post or discussion.

The long and short of this article is, we should not be afraid to call a spade a spade, but let’s try to do it with more diplomacy.

Let’s capitalize on this momentum and use these popular platforms to build our people up, not tear them down and with less focus on trivial matters.

Let’s continue to put the pressure on decision makers by being methodical and relentless in our approach, and champion efforts to bring about real change.

I believe this will inspire our listeners and audience to a point that will move them to action.