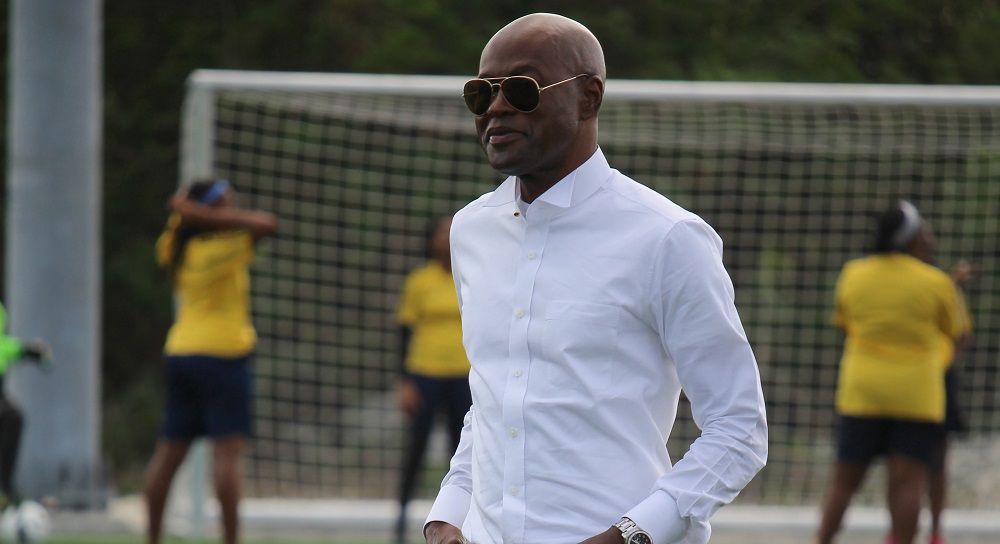 Smith is seen snatching a TCIFA soccer ball from one of the visiting Haitian players; faintly you can hear accusations being made, explanations being given and there was some jostling among the Haitian players.  It was clearly an antagonistic situation.

It is a messy moment for the Turks and Caicos Islands Football Association; after having lost to Haiti, dismally, on Saturday in a CONCACAF World Cup Qualfying match, 10-0,  this heated confrontation was captured on cell phone camera and circulated.

The report to our newsroom was that the video had gone viral and upset the international football community, not least of which FIFA; the overarching body for Football.

Oliver Smith, TCIFA General Secretary said the situation mushroomed when players from the Haitian team did not return footballs belonging to the TCIFA.  Smith also said his response was not in keeping with established protocols and admits it was unbecoming of a representative of TCIFA.  For that, he said, “I apologize to all affected parties.”

The statement said the confrontation is reminder of the value of unity and everyone’s role in safeguarding the sanctity of the game.  Olive Smith penned he is “now painfully reminded of that” … again expressing apology.  This apology has also gone viral.

Smith was on June 9 suspended from activity at the TCIFA.