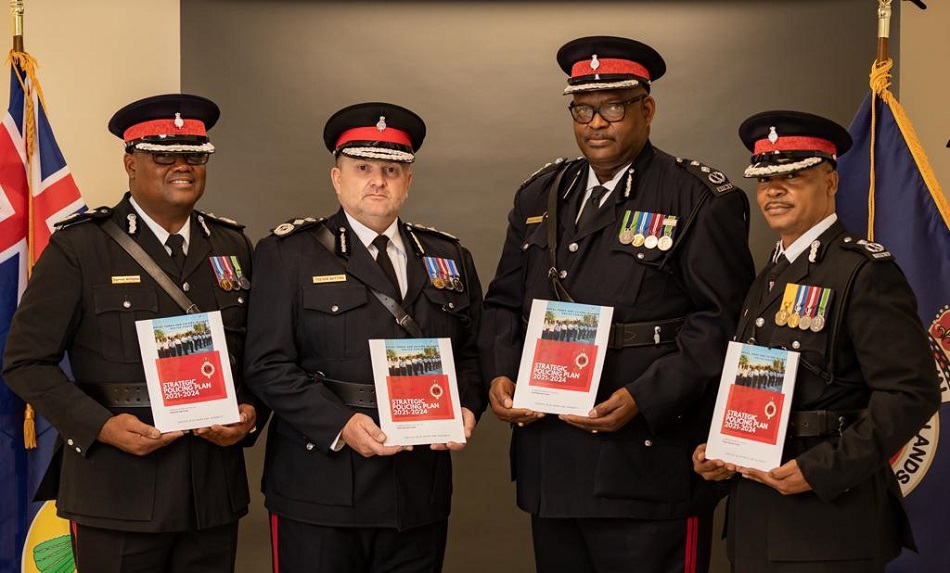 #TurksandCaicos, June 10, 2021 – The public can now read how the Royal Turks and Caicos Islands Police plans to improve on delivery of service because the Strategic Policy Plan of the RTCIPF is released.  It is a three year plan, which the Force says lays out a comprehensive framework aimed at setting a new benchmark for the Police Force.  Five strategic objectives are fleshed out in the 15 page document; they are reducing crime and the fear of crime; working in collaboration with communities; protecting the borders from local and transnational crime; investing in police and optimizing technology.

About the plan and ensuring it actually works, Police Commissioner Trevor Botting said:  “… key performance indicators will support this plan, and the objectives and these indicators will measure our success over the three years. The Force is developing its capability and capacity, so whilst the plan spans three years, the Force Executive will review it annually to ensure it remains current and reflective of the Islands’ policing needs.”

There are some firm maneuvers for Year One informed a statement issued Friday June 4 along with the plan and a link to the Plan, they include re-establishment of the Grand Turk marine base; a witness protection programme; a review of how crimes are recorded; expand community policing across the territory, a staff development, succession planning and implementation of a digital command and control system.

While the public can now access the 2021-2024 Policing Strategic Plan; members of the Force were acquainted with it back in March according to the Commissioner.