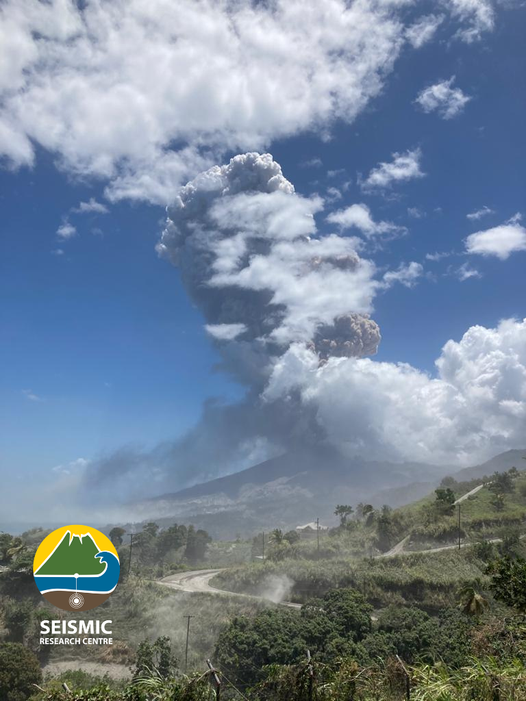 #TurksandCaicos, April 23, 2021 – Clean up is stymied by the windy conditions, the thousands displaced need food and basic essentials and farmers, with no earnings will be faced with a financial dilemma as the end of the month brings bills to pay.

Help is coming for St. Vincent and the Grenadines from around the world, this includes the Turks and Caicos Islands whose government has just approved a donation of $100,000 USD.

It is the third week for an active La Soufriere volcano in St. Vincent and the Grenadines and the world is being asked to make a financial contribution to help in restoring the eastern Caribbean country.

The United Nations has put the restoration cost at $29.2 million.

The Turks and Caicos Islands, an Associate Member of CARICOM has agreed to a sizeable donation.  From the Wednesday April 21 cabinet meeting:  “Approved a donation of $100,000 to the Government of St. Vincent and the Grenadines to assist those affected by the recent volcanic eruption of La Soufriere.”

Vincentians residing in TCI are grateful.

“It is a great initiative and the people of St. Vincent thanks the government of the Turks and Caicos for their donation and continued support,” said Wilbert Mason, hotel manager at the Ocean Club resorts.

Mr. Mason, who originates from Rose Hall, North Leeward in SVG said “In addition to the government, people here in Turks and Caicos have expressed they are willing to support St Vincent in any way possible and for that we are grateful.”

“Being part of the Caribbean and recognizing that St Vincent and the Grenadines is going through a crisis, it is good for Turks and Caicos to respond with assistance to one your neighbouring islands.  Turks and Caicos is in a position to help and so it is very thoughtful to give, and this gift is really good because it can go a long way in helping people to get back on their feet,” said Caldon Charles, Pastor at Harvest Bible in Turks and Caicos.

Pastor Charles is also a native of SVG, from the East St George constituency.

“Up to this week people still need food, there are some who are not getting any assistance and I think it is a matter of ensuring that the basic needs are taken care of and the farmers who have been displaced have to have some means of support.  Farmers have been severely affected,” added Mr. Mason.

Wilbert Mason adds communities have come together to clean-up but that has been disturbed by brisk winds and there have been no major health issues, of which he is aware, in the island nation which has been inundated with volcanic ash.