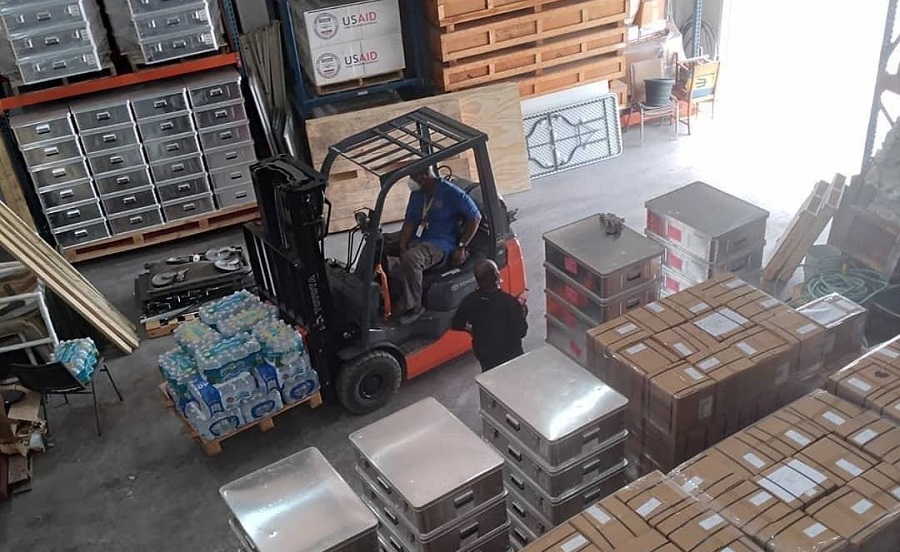 Even though the Friday eruption of a volcano known as La Soufrière, located in the northern tip of the main island of St. Vincent, hit at the most uncertain of times as the country struggles with the Covid-19 pandemic, experts had predicted the occurrence since late December 2020.

“La Soufriere has moved into an explosive state. Plumes up to eight kilometers. Ashfall expected within five minutes,” the country’s National Emergency Management Organization said on Twitter. Six hours later, another eruption followed, though not as imminent as the first explosion, according to one of the residents evacuated from the danger zone.

The unfortunate events occurred barely a day after the officials raised the alert level following several small tremors detected at the volcano, with clouds of steam seen erupting from its peak.  Scientists warn of more volcanic activities in the area for some days to come.

However, St Vincent and the Grenadines aren’t alone, as many Caribbean countries extend a helping hand to the people affected. Some of the countries that promised their support to the troubled Caribbean nation include Guyana which has pledged to deliver supplies upon receiving the requirements.

Grenada has promised accommodation for 1,600 people, Trinidad and Tobago promised support during the evacuation and monitoring, while Dominica pledged a 5-month accommodation and food for 300 people. St. Kitts and Nevis pledged $1 million in disaster relief.

But, that’s not all as many more countries and regional companies keep joining in hands for the safety and well-being of the people affected in St. Vincent and Grenadines.

There are currently 89 public shelters open and operating; there are 4, 136 people in those shelters which SVG’s NEMO says is 1,333 families and zero casualties.  Private shelters are home now to 3,275 people and overall some 7,411 residents are displaced as of today, April 16.